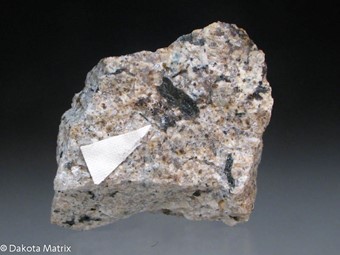 
Tiny colorless micro crystals in a vug unseen in the photos, but visible under the microscope. Pachnolite usually occurs in pegmatites with a fluorine component most notably but not limited to Ivigtut. Such pegmatites often contain fluorite, fluellite, prosopite, topaz, cryolite, ralstonite and other alkali aluminum fluoride granitic bodies which are peraluminous and usually in "NYF" (niobium-yttrium-fluoride) evolved and fractionated pegmatites. In this case Gjerdingselva is not a pematite but is alkali (soda) rich in flourine. 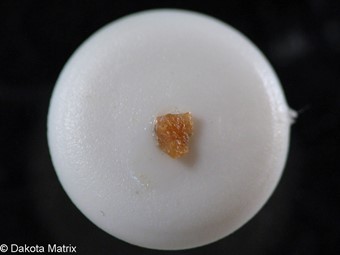 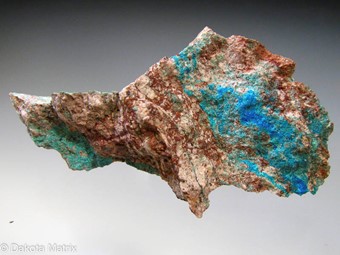 
Bright vivid blue crystalline masses found throughout the matrix. Papagoite is a very rare copper silicate first found at the New Cornelia mine (this locality). Despite being described in 1960, Papagoite has only been found at three localities thus far. 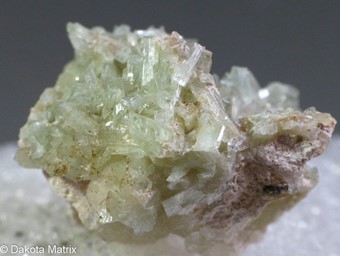 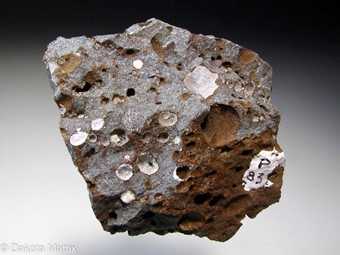 
Rich specimen full of waterclear Paulingite crystals to about 0.5mm in all of the amygdules. Pauling-Ca, a zeolite, is found in only two localities worldwide.

It is named after Professor Linus Carl Pauling, who according to Mindat "...was one of the most important scientists of all time, published more than 1200 papers and books, and was awarded numerous awards including the 1954 Nobel Prize in Chemistry, 1962 Nobel Peace Prize, and 1967 Roebling Medal. 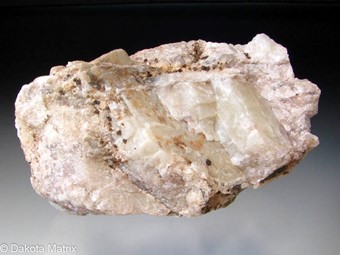 
Knopite is a variety of perovskite rich in cerium. The crystals are reddish brown and dypramidal to about 1mm and are quite nice.