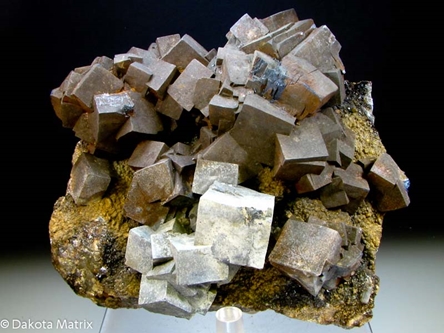 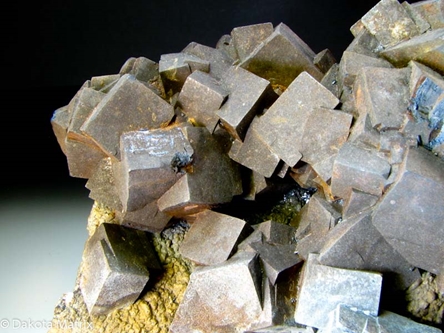 This is a cool specimen. You probably won't see a good one like this from Galena, Illinois again. The crystals, though with a dull luster, are smooth, sharp and well defined. It is a spectacular ore example from this old American deposit. The only problem with it is a gash in the crystals off to the right in the photos. The matrix is solid Sphalerite. The backside is a plate composed of tiny white Dolomite crystals, Pyrite, and 3-5mm yellow Sphalerite crystals (photos). The DuFoe label states that Smithsonite and Wurtzite can also be found on this specimen. I don't see it, and I belive they mistook the nice yellow Sphalerite for Wurtzite. The label states circa 1969.

The history of this large district, which extends into Wisconsin and Iowa, dates back to 1845. Mining in this district peaked in 1916 during World War I and is said to have had the longest recorded production history in the United States. A good article on MVT deposits can be found in Rocks & Minerals, v64 n1 1989 by Rayond Lasmanis. Much of the information in this Special Edition was found in this excellent article. 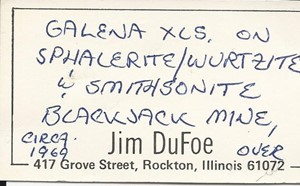