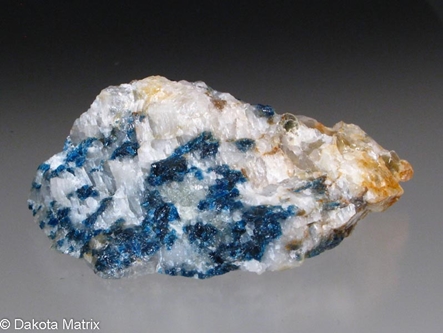 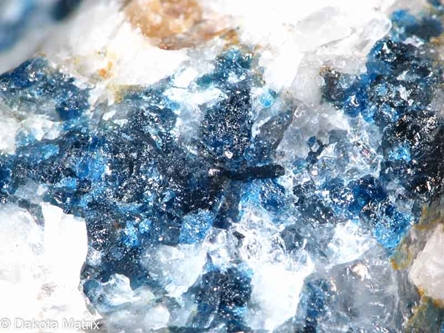 Deep blue crystal grains in white Microcline(?) matrix. This is a nice specimen from a mine which no longer exist.

Scorzalite forms a series with Lazulite, the Mg analogue. The type locality is Corrego Frio pegmatite mine in Brazil described in 1949 and was also found at the Victory mine near Custer, SD shortly thereafter. Moore (Min. Record, 1973) suggest Scorzalite as a metasomatic product of Triphylite (Fig. 1), but also suggest it is a replacement of Wyllieite. It is a mineral found almost exclusively in pegmatites, but has also been known to occur in metamorphic assemblages.