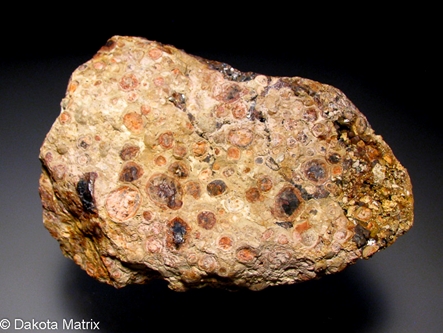 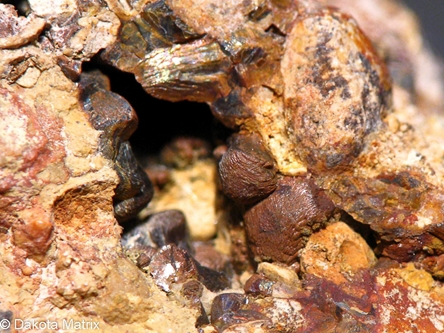 Text book example of aluminum ore from the Pulaski Bauxite district with the typical texture of Bauxite, containing rounded pisolitic grains to 8mm of Gibbsite and the polymorphs Diaspore and Bohmite in shades of brown and orange-brown.

The Bauxite deposits were discovered in Arkansas in 1842 by Dr. W. Byrd Powell and mining began several decades later in 1892 when the peculiur rock was discovered to be an ore of Aluminium. The approximate Bauxite production in Arkansas from 1898 to 2009 is estimated to be 110 million long tons, valued at an estimated $1 billion. For more info see the Encyclopedia of Arkansas-Bauxite Mining page.