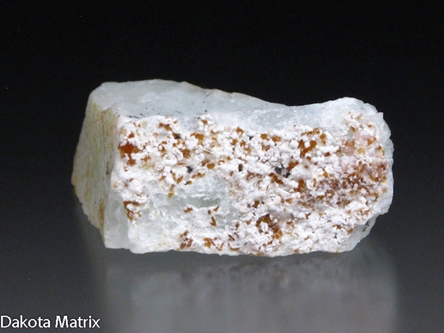 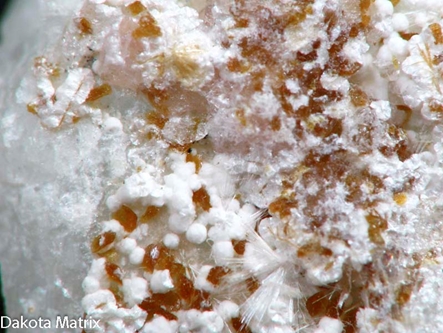 Pahasapaite is one of the rarest minerals on Earth. It is one of five minerals with beryllium, lithium, and phosphorous in its composition and has a zeolitic structure. Tiptopite, also on this specimen is one of the five Be, Li, P minerals. Pahasapaite is also isometric, unlike most other phosphates found in pegmatites. It is usually faint pink to pink to slight orange. On this specimen, there are at least two euhedral faint pink crystals to about 0.3mm and a layer of stronger pink crystalline Pahasapaite about 2mm long seen on the side underneath a layer of Englishite and Roscherite. Beryl matrix.