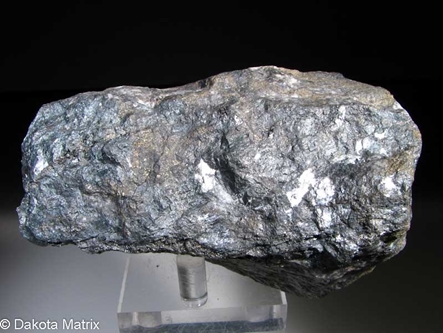 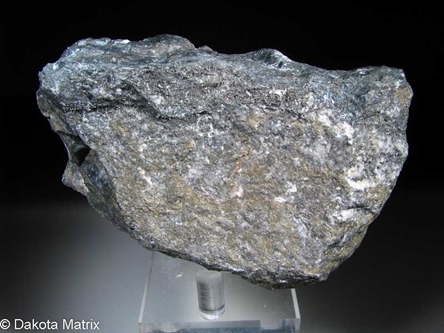 1 lb 10 oz one side is mostly Acanthite the remaining is mixed sulfides. Acanthite is one of the most important epithermal minerals of silver. Acanthite was a major ore component at the Comstock Lode in Nevada, also in Creede, Colorado and Fresnillo, Mexico.

The Greens Creek mine is one the largest producing primary silver mines in the world. The massive sulfide deposit was discovered in 1973 and began operations in 1989. In 2015 it produced 8.3 million ounces of silver.