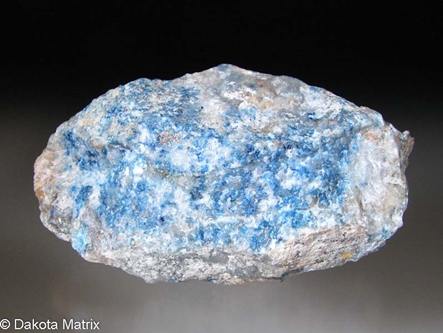 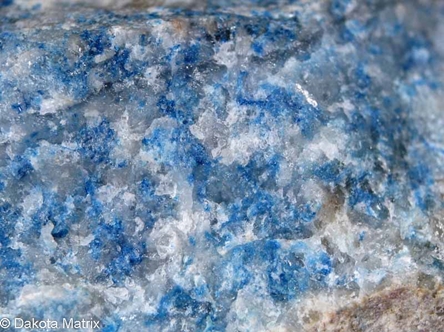 Scattered, rich coverage of 1-3mm grains of Lazulite in Albite or Microcline matrix.

Lazulite is rather rare in pegmatites and crytals are rare. Most occurences may be Scorzalite.