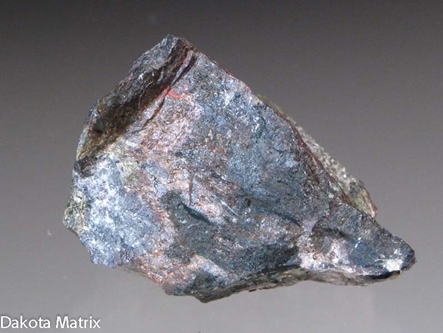 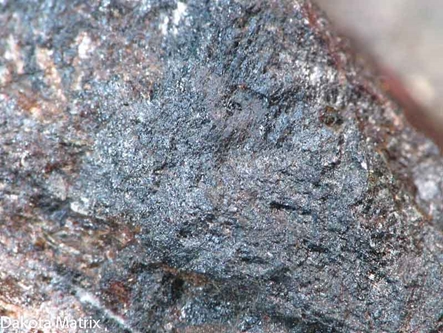 Hagendorfite is a Mn-Fe phosphate with Na & Ca first found at Hagendorf and typically found in complex pegmatites. Although an occurences in black shales of the Big Fish River area of the Yukon and the metalliferous tin mines of Bolivia are noted non-pegmatite deposits. It is usually found as nodules but 4mm crystals are known according to the Handbook of Mineralogy.

It is a member of the Alluaudite group and was first described in 1959. Mindat lists about 16 localities all of which but two are pegmatites. It occurs with Triphylite and Wolfeite, other primary phosphates, with accessory sulfides. According to orginal published data by Fleischer M (1955) New mineral names, American Mineralogist, 40, 551-554 list Hagendorfite with a hardness of 3.5. Mineral Data Publishing gives it a hardness of 4.5. A scratch test on this specimen shows both and this may be due to the presence of Wolfeite (H=4-5.5).

This specimen contains Pyrite, Quartz, probably Wolfeite, and much Hagendorfite. It was purchased from Dr. Jaroslav Hrysl. It is dark green to almost black and somewhat glassy.