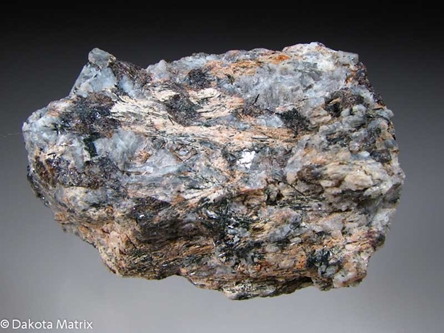 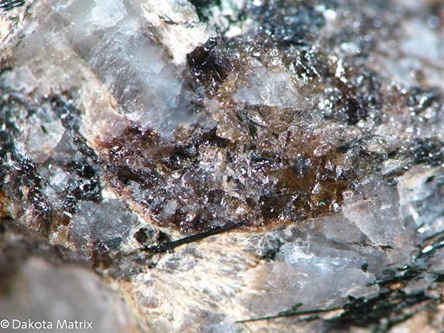 Fersmanite was discovered in 1922 at Eveslogchorr Mt, but thought to be just titanite however, it was later found to contain Niobium. It was described in 1926. The mineral was named after the famous Russian mineralogist Aleksandr Evgen'evich Fersman (1883-1945), one of the founders of modern geochemistry.  Fersmanite occurs in this specimen as translucent crystal grains to 8mm with Aegerine, Albite, and possibly Pectolite. It was originally found in aegerine-nepheline-microcline pegmatite vein with lamprophyllite, pectolite, and apatite. The nepheline syenite pegmatites differ from granitic pegmatites in that they are alkali and quartz deficient (silica-undersaturated). 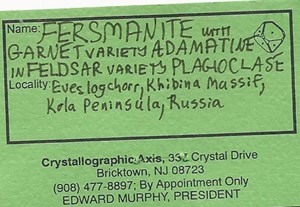