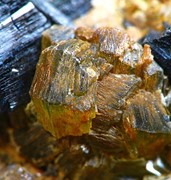 Named for Anthony J. Nikischer, the American mineralogist and mineral dealer who was the first to analyze the mineral. Appears as green, dull to greasy micaceous tablets, and in aggregates. Found only at the type locality at the Huanuni mine in the Oruro Department of Bolivia in association of pyrite and siderite. 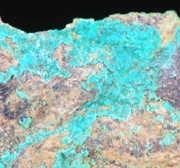 Named after William H. Nisson who was an amateur mineralogist, mineral collector and dealer from California, USA and first made note of the mineral. Nissonite is a very rare mineral found only in the United States and Australia. It occurs in the US in copper deposits and in Australia in sedimentary iron deposits. 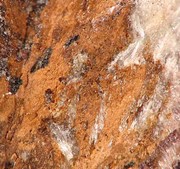 Named after geologist William Noel Benson. Found at the type locality in the Woods mine in New South Wales, Australia as a replacement for namansilite and pecolite. Additional localities include in the Cherchiara mine in Luguria, Italy, and in the Sanbagawa belt on Shikoku Island, and Shimoharai mine in the Kyushu region of Japan. Noelbensonite appears as dark brown aggregates of blocky to lamellar crystals, and as monomineral veinlets. 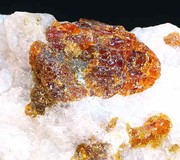 Named for the type locality at the Östanmoss Mine in Norberg, Sweden. Norbergite is a rare mineral found in localities that in addition to Sweden include Finland, Scotland, the United States and Italy among a few others. It occurs in limestones and dolostones in zones of contact metamorphism where plutonic rocks and/or pegmatites have introduced fluorine. Can fluoresce a pastel canary-yellow under shot-wave ultraviolet light.