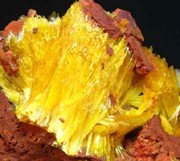 Named for a Belgian mine engineer known only as a Mr. Legrand, who was the first to collect the mineral. An uncommon mineral that occurs in oxidized zinc-arsenic bearing deposits, and can be found, albeit rarely, in granite pegmatites. Localities for Legrandite include in Mexico, Namibia, the United States, Japan, and Brazil. 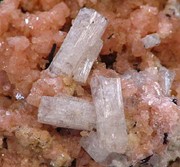 Leif Ericson, the famous Norse adventurer and discoverer of Greenland is the namesake for Leifite. It is a rare mineral that occurs at its type locality in the Narssarssuk pegmatite in Greenland, at Mont Saint-Hilaire and the Strange Lake complex in Canada, and in the Kola Peninsula in Russia. It is found in pegmatites, alkali massifs, and in a gabbro-syenite complex. 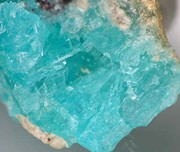 Named after Tomas Leighton Donoso, a Chilean mining engineer and Professor of Mineralogy at the University of Santiago in Chile. Leightonite is a rare mineral found only in Chile, Namibia, and at newer localities in Austria, and Norway. It occurs at its type locality at the Chuquicamata mine in Chile in oxidized copper under low acidity conditions. 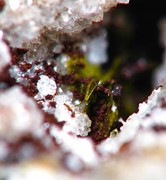 Named for Chester S. Lemanskii as former President of the Franklin-Ogdensburg Mineralogical Society, board member and former Vice President of the Franklin Mineral Museum, former hard rock miner, and professional investigator. Appears as dark to sky-blue translucent rosette shaped aggregates of lamellar, sub-parallel, strongly bent intergrowths. Found at the type locality, in association with lammerite, olivenite, mandfieldite, and senarmontite, at the El Guanaco mine in the Antofagasta region of Chile. There are several other known localities of Lemanskiite.