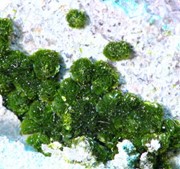 Named for the first noted occurrence in the Tange Gorge in Kyrgyzstan. Tangeite is found in vanadium-rich deposits, typically in sandstone, as a secondary mineral.  Found in few localities including, additionally, in the USA, Canada, South Australia, the Democratic Republic of the Congo, Angola, among a few other minor localities. Tangeite is notably soluble in acids. 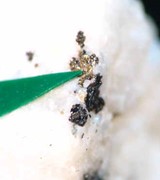 Named for its similarity to euxenite-(Y) and its tantalum (tant) content which is greater than its niobium content.  Tanteuxenite occurs in granite pegmatites and can also occur as detrital Tanteuxenite in tin placer deposits. Found in only a few localities including Australia, Italy, and the Democratic Republic of Congo, among a couple others. Tanteuxenite is radioactive.