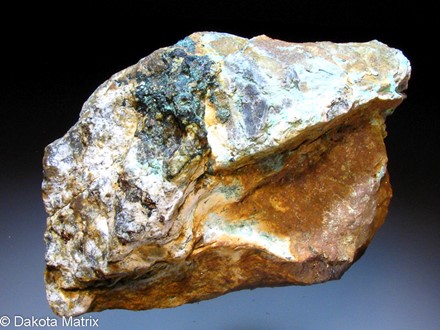 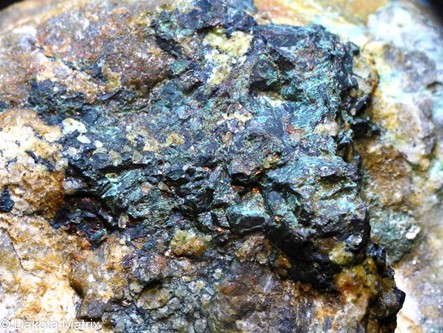 Greyish black Chalcocite with iridescent Chalcopyrite in host rock. The Ferris-Haggarty mine was an important copper mine and produced an estimated 21 million pounds of copper. in the early 1900's. Accordning to the website Western Mining History the deposit contains 928,000 tins of copper ore at 6.5% Cu and 116,800 oz Au. This specimen was pulled from an ore carts encountered during activity in the late 1990's. 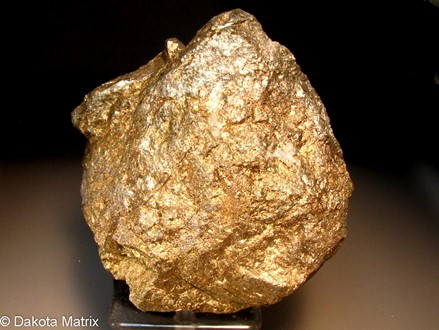 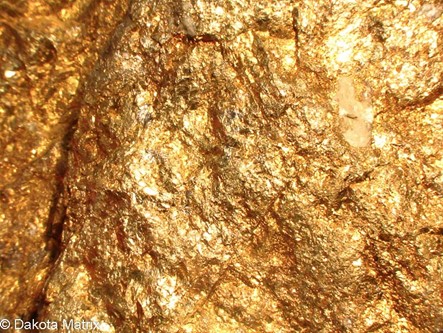 Chalcopyrite is the most widely occuring copper ore containing 35% copper. The Equity Silver mine was discovered in 1967 and was under production by 1980 and ceased in 1993. It is a high grade vein deposit and is currently under exploration by Equity Metals Corporation. This specimen is an impressive chunk of brassy gold Chalcopyrite. 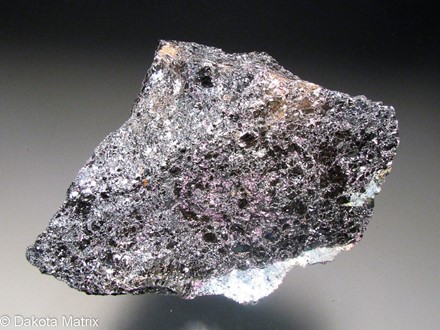 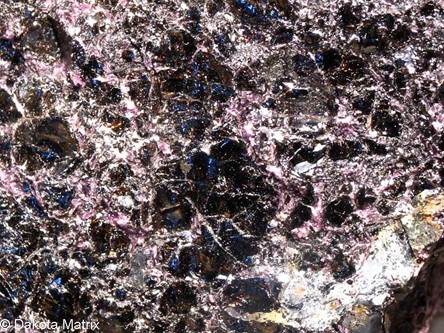 A solid black granular & crystalline mass of Chromite ore with some alterations to Erythrite.

The USGS reports the following on chromium: Chromium is refined into ferrochromium used to produce stainless steel. South Africa is the leading chromite ore producer and China is the leading chromium -consuming country. South Africa and Kazakhstan hold about 95% of the world's chromium resources. The Stillwater complex in Montana is the U.S. resource base, although not currently producing chromium. 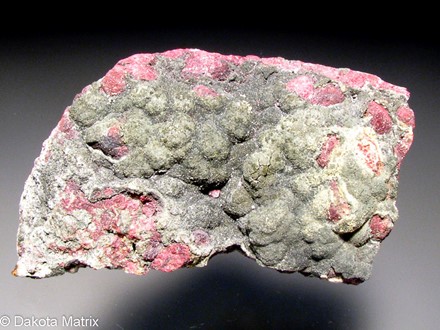 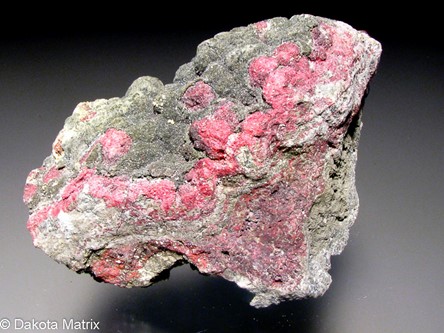 Red fine-grained Cinnabar on a vein of Pyrite and partially coated Pyrite. 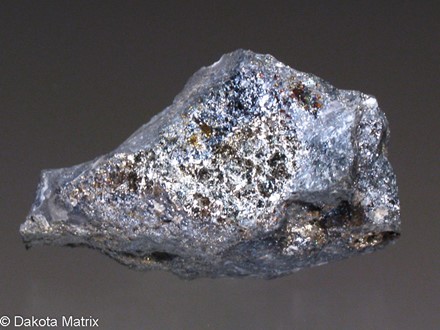 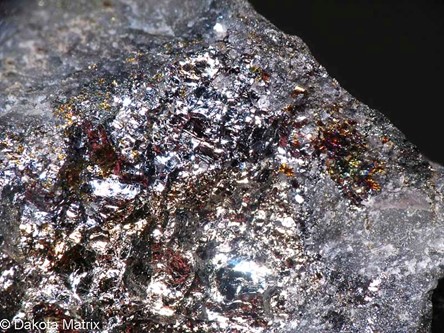 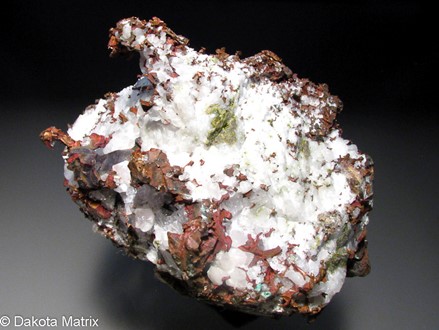 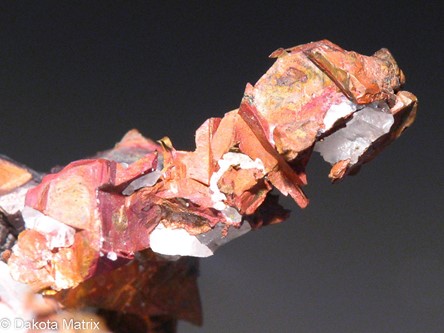 Large heavy mass of native Copper in Quartz. There are no real crystals, but rather casts of Copper molded by the granular Quartz.