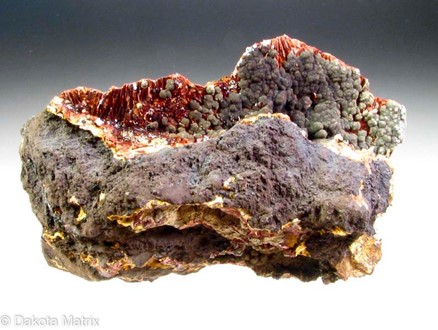 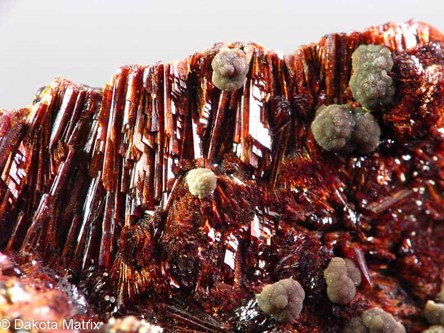 The Beraunite on this specimen is perhaps unsurpassed by any other of the like. I have others on this update but these crystals seem to be sharper and more distinct. The crystals are a deep red, prismatic and striated and measure to 6 or 7mm. On the right side the Kidwellite covers the Beraunite with a dark green color.

Throughout this special edition I am keeping the historic identification as "Beraunite". Several of the Mindat localities in this part of the USA have switched the ID to Eleonorite. It is impossible to discern the the differnces visually. The two are of the same composition. Only the stoichiometery is diiferent. And it's a very subtle difference between ferrous and ferric iron. 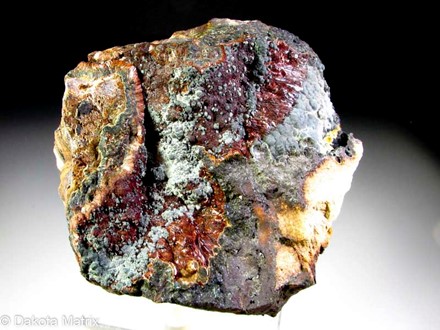 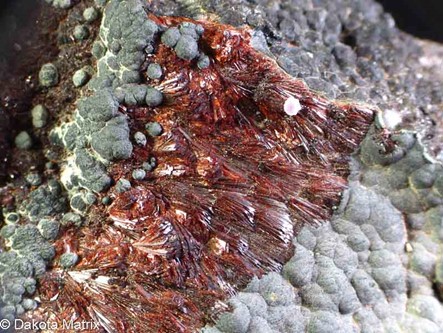 A crazy rich specimen with bands of superb, deep red, lath-like crystals of Beraunite to 6mm. The bands are up to 1.3cm. On the Beraunite are globular Kidwellite. The matrix is a "novaculite", which is a localized term for siliceous chert.

It was collected by Meredith York, one of the members of the famous "Coon Creek" gang. Dr. Buford Nichols, one of the members, obtained it from York. This group along with Michael Howard served the mineral community well and was the source of many of these fine specimens. Howard wrote a great book called "Mineral Species of Arkansas - A Digest" published in 1987 by the Arkansas Geological Survy, Bulletin 23. I would highly recommend it as it is concise and well written. 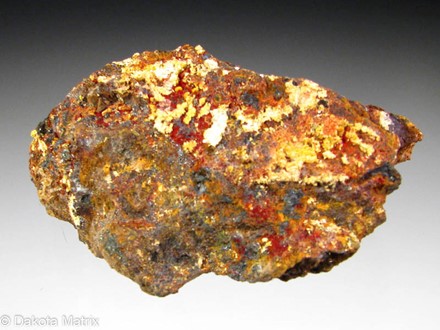 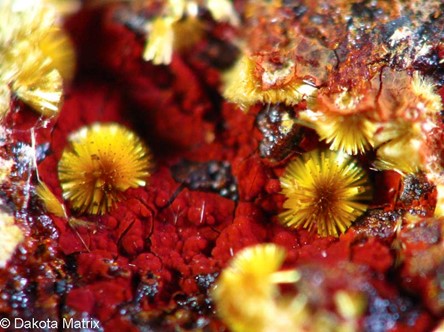 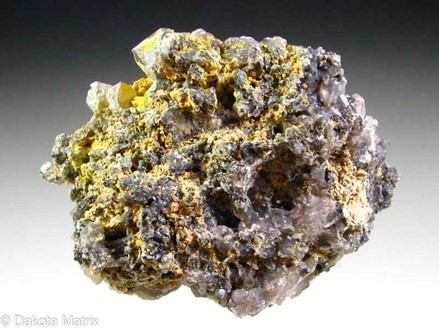 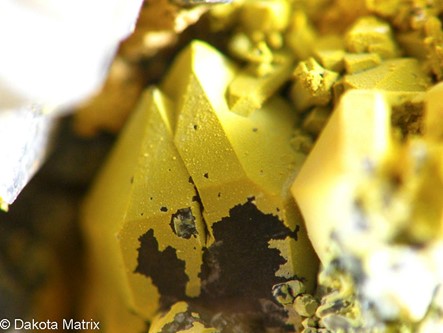 The Cacoxenite is the yellow crusts on Quartz. There are no stand-out fibrous crystals. It is just a unique colorful piece. 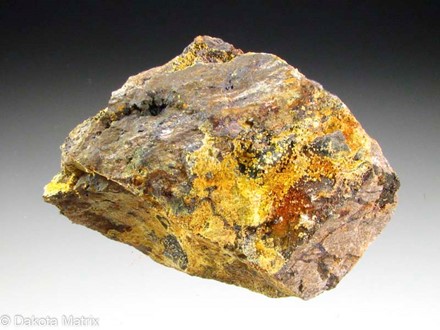 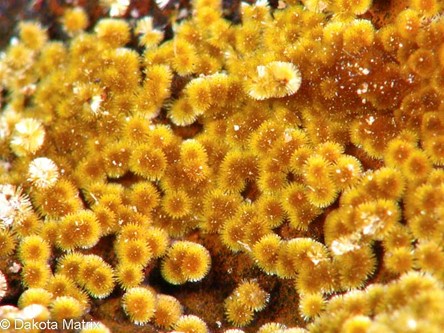 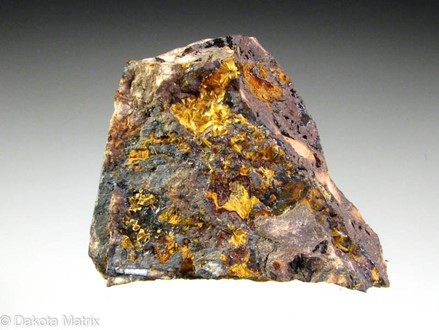 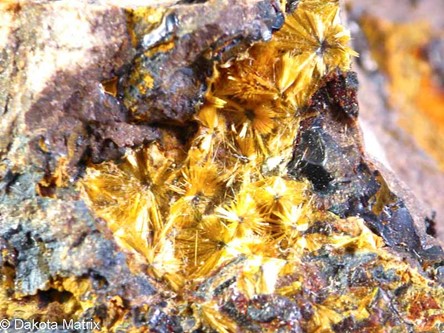 Fibrous golden crystals of Cacoxenite. Not real rich, but the area where the best crystals are located is 12x8mm.