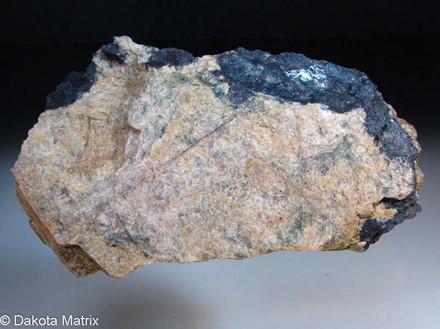 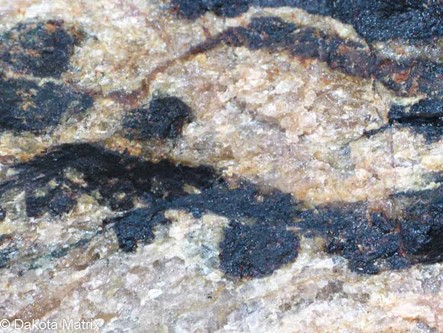 Lithiophilite is the Mn-end member of the series with Triphylite, the iron-end member. It is widespread in fractionated pegmatites across the world. It forms excellent secondary crystals at the Foote mine, but is usually massive at most other pegmatites. The type locality is the Fillow quarry in Branchville, Conn.

This is an old "Black Hills Minerals" specimen with tag, which is Bill Roberts mineral dealership in Rapid City. 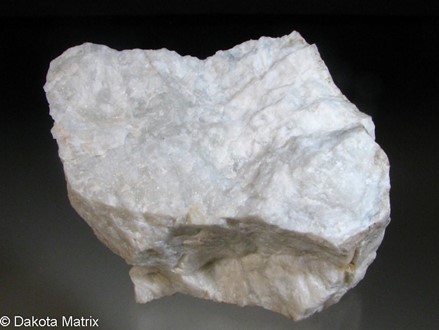 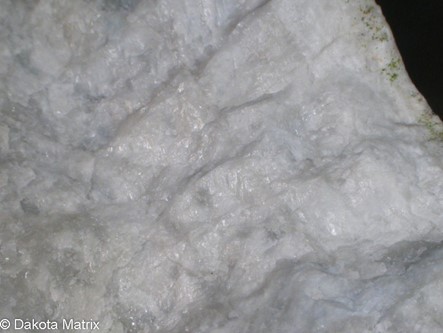 Montebrasite is a primary phosphate which occurs in zoned lithium-rich pegmatites. 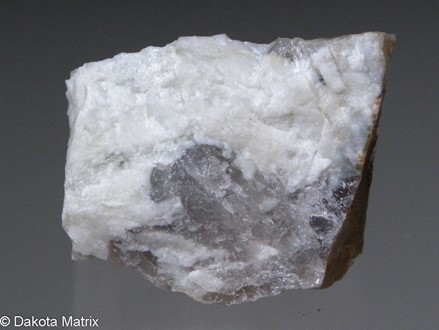 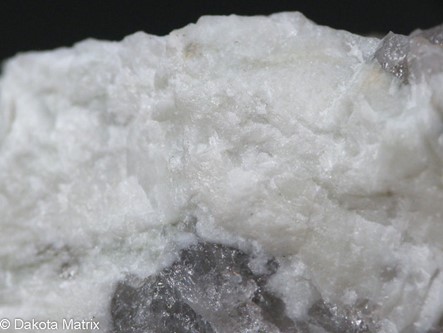 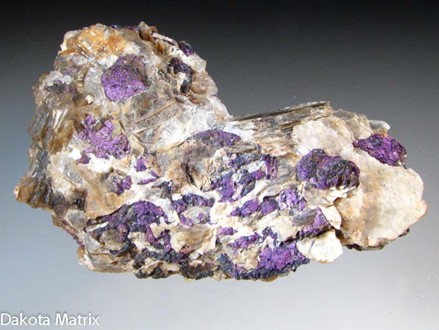 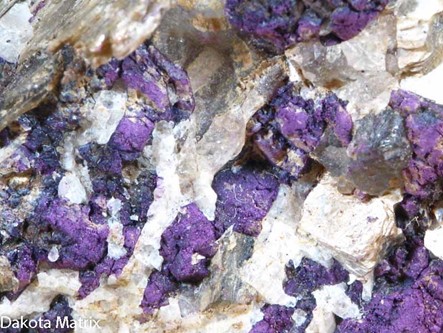 Purple grains to 5mm in Muscovite matrix. It is a metasomatic product of oxidized parent triphylite with lithium removed. 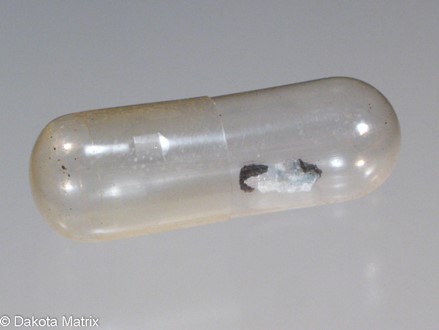 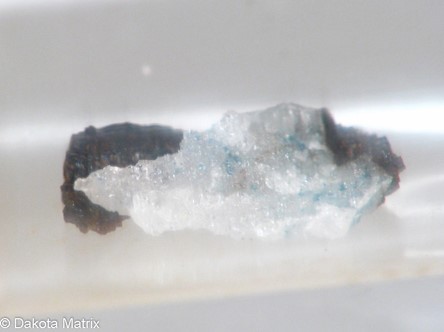 Very rare species. Dark brown grains in a few 1-3mm grains. Very rare, first found in the Black Hills of South Dakota. It is known from only seven worldwide localities all of which are pegmatites. The type locality of Rosemaryite is the Rock Ridge pegmatite west of Custer, South Dakota.

Rosemaryite falls within the Wyllieite group to which was redefined in 1979 by Paul Moore and  Jun Ito in Moore P B, Ito J (1979) Alluaudites, wyllieites, arrojadites: crystal chemistry and nomenclature, Mineralogical Magazine, 43, 227-235. The nomenclature of this group created the name "Rosemaryite" , which is named after Mrs. F. Rosemary Wyllie, the wife of Professor Peter J. Wyllie. 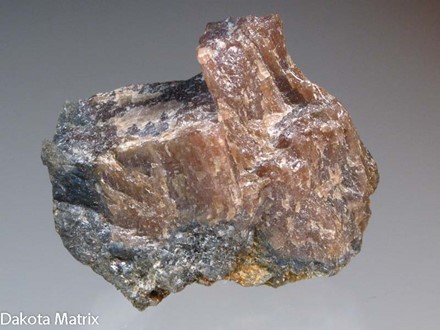 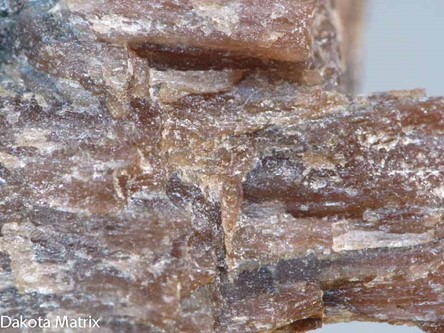 Sarcopside is a pegmatitic phosphate, although oddly enough found in meteorites. It is usually found with thin layers or lamellae with Graftonite. Although it is found in many pegmatites worldwide, it is a relatively rare phosphate considering the number of pegmatites with phosphates.

The ideal formula is shown above, but there is usually Mn and Mg in the mix. It is typically reddish brown, like this specimen. It has never been found as crystals. For a more in depth discussion of Sarcopside refer to Paul Moore's article in the May/June 1973 issue of the Min. Record.  It is found at the Bull Moose and Victory pegmatites in the Black Hills, Chandlers Mill pegmatite and Palermo.

This specimen was acquired from Dr. Jaroslav Hrysl.