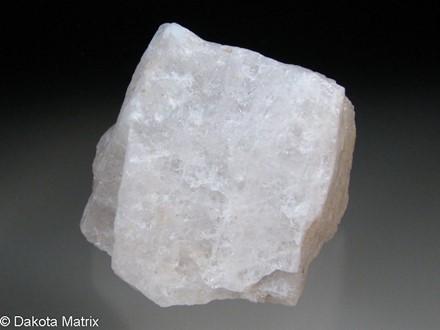 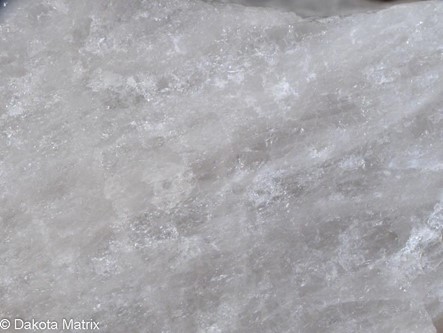 A mass of pure Amblygonite-Montebrasite. 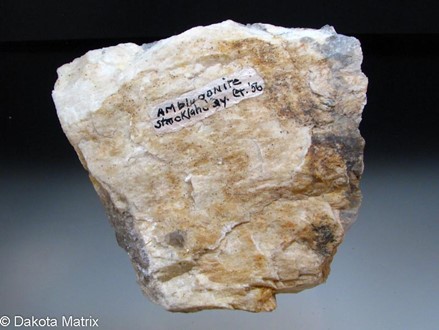 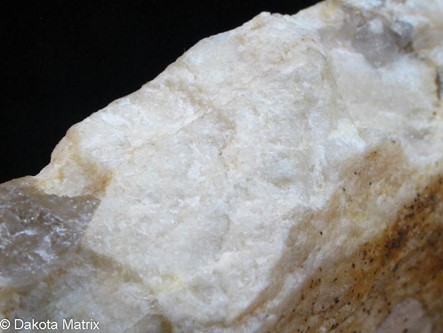 White mass of Amblygonite-Montebrasite mined in 1956. 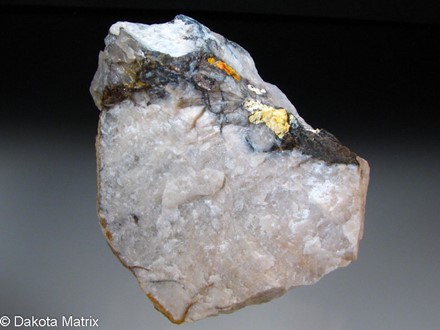 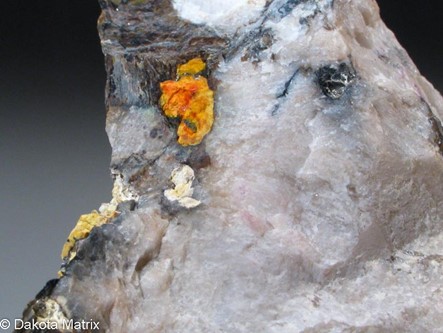 Amblygonite-Montebrasite occurs as large masses at the Tin Mountain and Tin Queen mines in the Black Hills. There are several other occurences. Typically an alteration rim of Kaolinite can help distinguish it from Microcline. Density will also help. 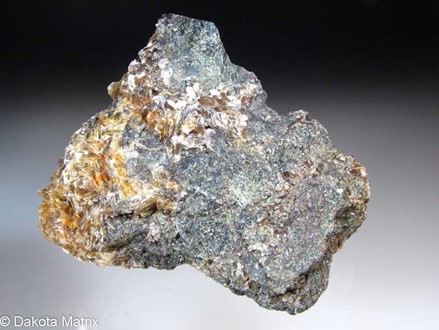 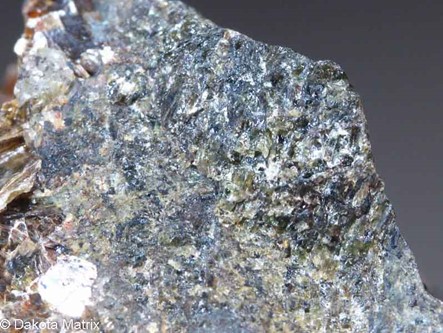 A dark green glassy mass of Arrojadite-(KFe). This is an old Minerals Unlimited specimen with label.

Arrojadite was first found at the Nickel Plate mine, near Keystone. It is not known to alter into secondary phosphates. Until the discovery of the phosphorite deposits in the Yukon, Arrojadite was thought to be confined to pegmatites for about 100 years. At the Big Fish River, Yukon Territory, Arrojadite forms beautiful secondary crystals in hydrothermal veins..

The nomenclature of the Arrojadite group, now 14 in number, was changed by the IMA in 2006 based upon the findings of Chopin, Oberti, and Camara in American Mineralogist (2006), pg 1260-1270. As stated in this paper: "Arrojadites are the most chemically complex of primary pegmatite phosphates, and no less than sixteen elements may play a significant role." The authors site this statement from Moore and Ito from a paper on Whiteite in Mineralogical Magazine, 42, 309-323 (1979). 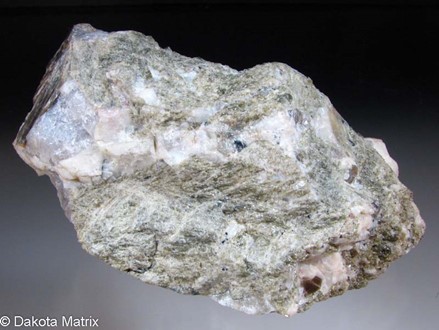 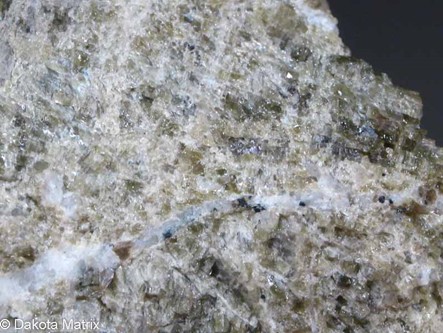 Granular crystalline mass of green potassium-iron Arrojadite, the most common Arrojadite found mostly in pegmatites. It is a primary phase and usually will not yield secondary phosphates. The type locality is shared between Nickel Plate pegmatite near Keystone, SD and the Serra Branca south of Pedra Lavrada and named after the Arrojado Ribeiro Lisboa a Brazilian geologist.  It forms a series with dickinsonite, which contains manganese. 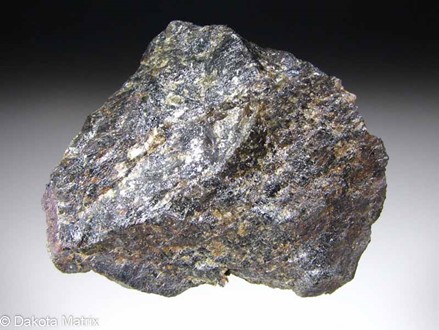 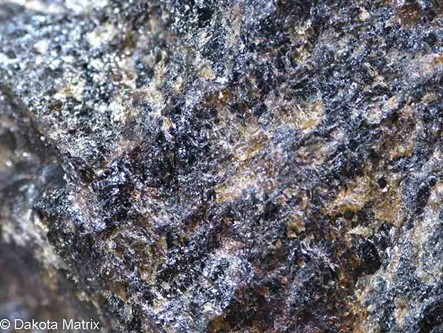