Pegmatites are located all over the world and have have produced not only ore minerals but scientifically important rare mineral species. We will take a look at these minerals, mostly rare species, as well as introduce you to the many complexities of these interesting geological deposits. 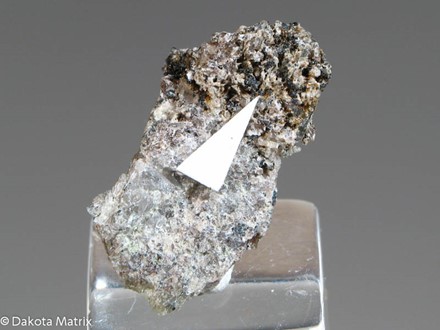 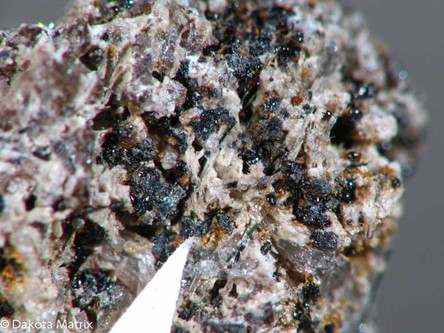 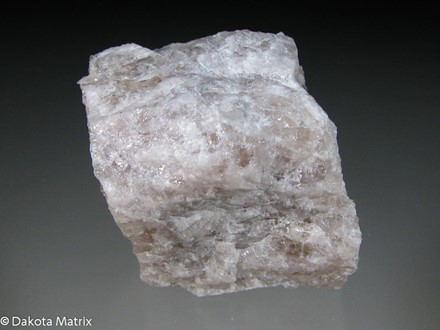 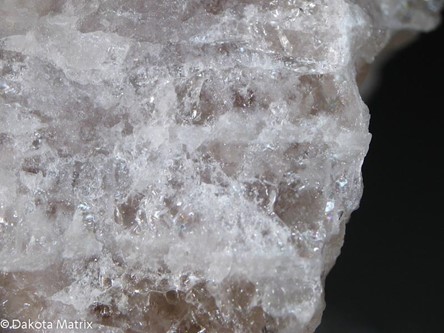 Colorless to white crystalline mass of Pollucite from the largest Pollucite deposit known. 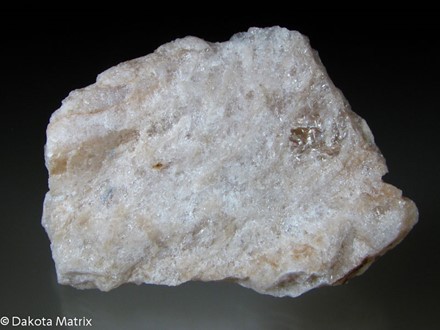 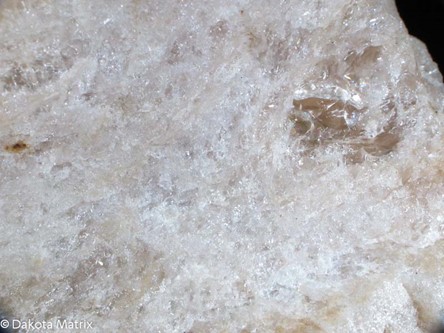 A white to colorless crystalline mass. Maine pegmatites are granitic LCT-type (Lithium-cesium-tantalum), that is rich in these elements which form minerals such as this one, Pollucite.

Ex. Cooke specimen, acquired through Dakota Matrix and then by Bill McConlogue.

Cerny, one of our foremost pegmatite experts, in 1982 contributed papers to the Min. Assoc. of Canada Short Course on Granitic Pegmatites. He describes the occurence of Pollucite in pegmatites as originating as a primary contituent from residual fluids or as a late stage metasomatic product. Very few granitic pegmatites as a percent contain Pollucite. The largest deposit is Tanco in Manitoba. 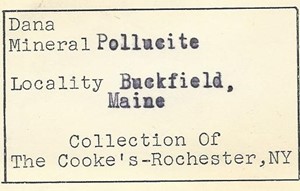 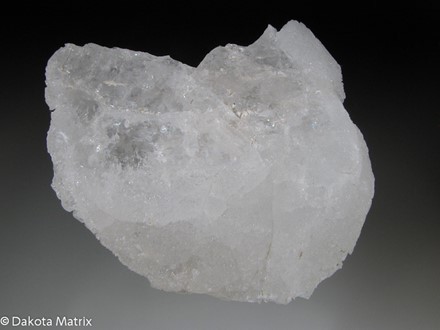 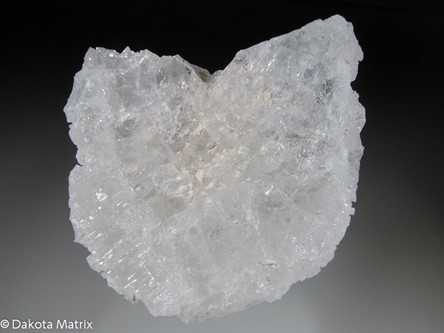 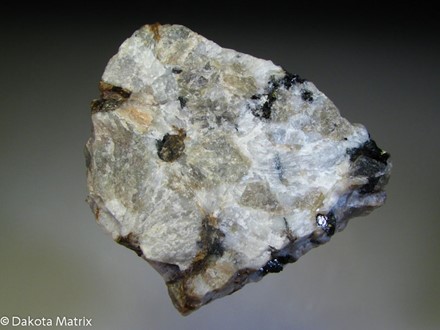 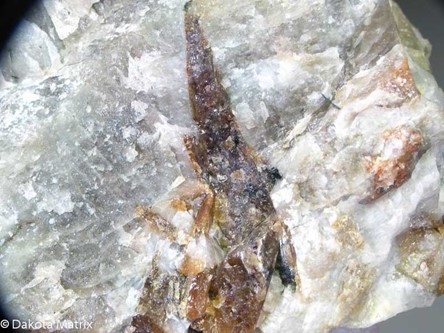 Dark brown segregations in plagioclase matrix. Originally labeled as "johnstrupite", which is now considered a variety of Rinkite with a similar chemistry per Mindat.

Brøgger, a famous Norwegian mineralogist who laid the foundation of nepheline syenite pegmatites in his landmark monograph: “Die Mineralien der Syenitpegmatitgänge der südnorwegischen Augit- und Nephelinsyenite” (The mineralogy of syenite pegmatites of souther Norway). It would be nice to get the English translation of this 950 page study. 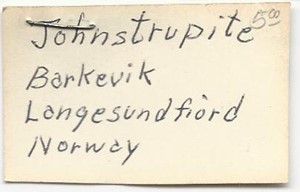 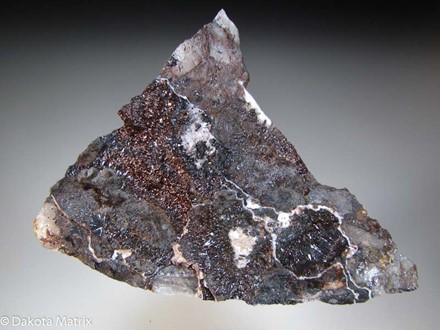 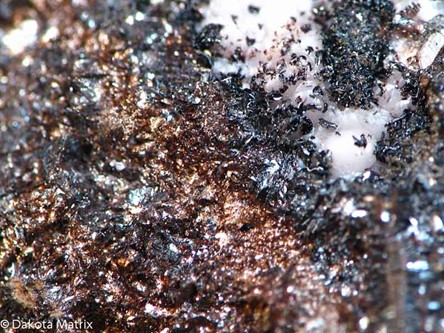 Long, deep red bladed Robertsite (XRD) possibly phasing into Mitridatite. Robertsite will usually be found as stubby little deep red crystals at the Tip Top. On this specimen, the Robertsite forms plates to 2mm. There is some late-stage apatite probably a product of weathering. Quartz matrix with layers of lavender carbonate apatite.