Langban is one of the richest mineral deposits on Earth. We'll throw out many, many varieties of rare minerals. 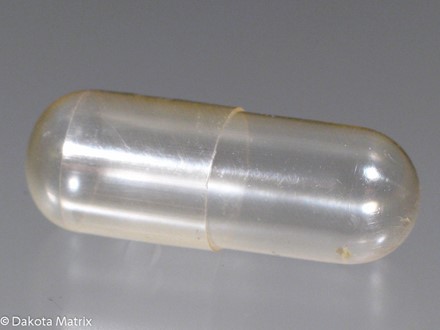 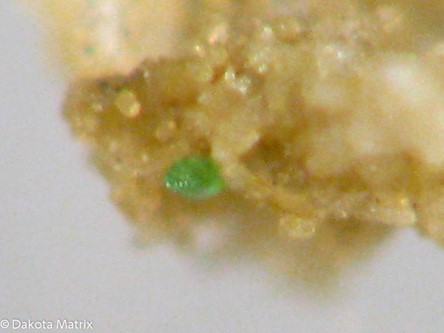 Extremely rare manganese arsenate - Eveite. There are two or three really small crystals on this already small 1mm piece in a capsule. It is unconfirmed but I believe it is Eveite.  See prov. label for more information. The main crystal is about 0.2mm in size. One photo actually has a pinhead for scale.  It could very well be the real deal there not a whole lot of minerals with this type of green. I was told that the former dealer of this specimen more than likely acquired several Eveites from Harvard. 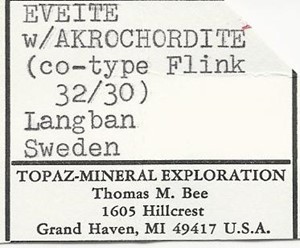 Here's a Langban treasure highly sought after and exceedingly rare. It has been verified by XRD. Both sides contain flat lying dark grey, elongated, crystals, mal-formed probably from tight conditions which would restrict the growth. The longest crystal is 1cm with numerous smaller crystals. It is much like the photo in the photo on page 118 of the Langban book by Bollmark et al. Granted they are not exposed as much however the matrix is the same, a granular hematite, as well as  the reddish orange or yellowish crust in which the crystals grew. The backside has numerous crystals also just as obvious under a scope. There is a small 1mm to less veinlet along the side of the specimen, which also has one small crystal.The adamantine luster is much like that of cerussite. The prismatic nature is unlike cerussite however. It's a definte match as shown on the XRD pattern.

It has an old inked number on the backside, unfortunately I do not have the old label to go with the number. But there is one label typed on the backside of an old business card from "Camden Mineral Company" of a one E. W. Rushton from Camden, Maine. 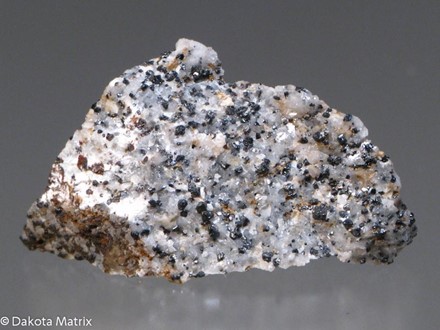 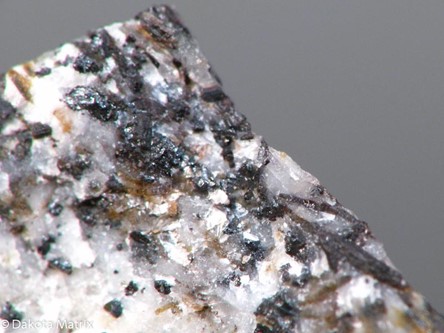 Blackish thin, long prismatic crystals suspended in matrix. Filipstad is the only locality for this minerals. 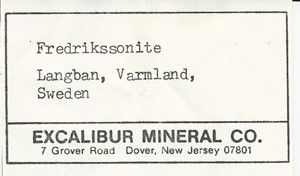 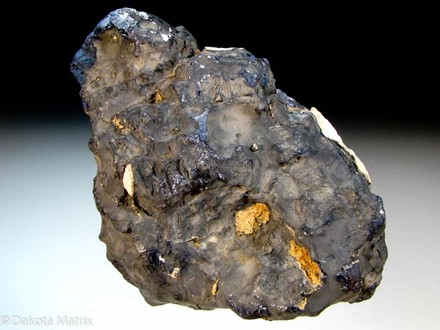 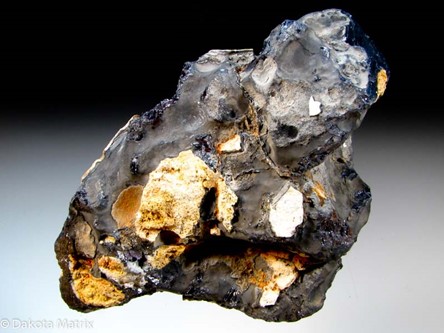 An impressive chunk of Galena pot-marked like a meteorite. Has two old tags. What is left of the oldest is not worth the scan. The other is a Thurston's label. Has a stuck on label. Extra for shipping! 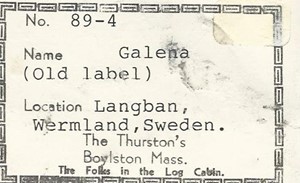 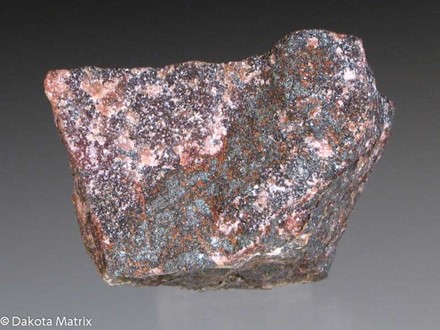 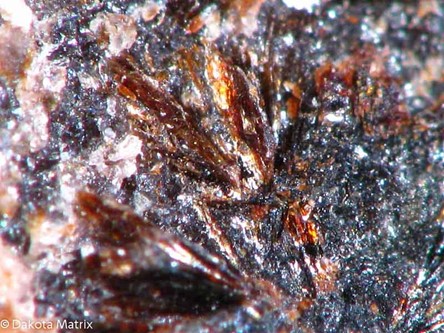 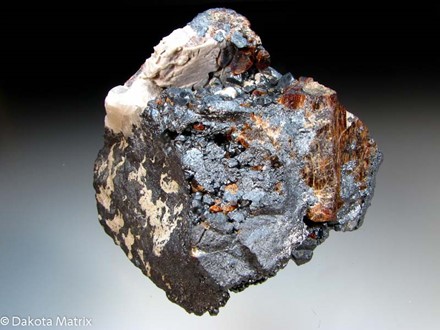 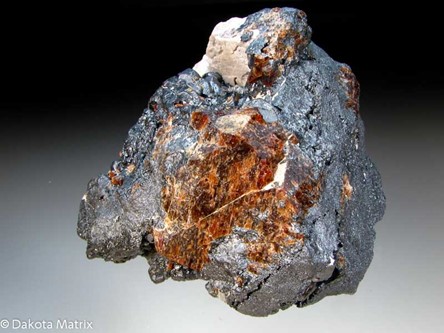 What would a Langban update be without a Hausmannite, right? This is a fairly nice specimen with a large vug 3x2cm in size with numerous well-formed crystals. The neat thing about the specimn are the fantastic deep orange-red Ruchterite crystals. The largest is 3cm and is perfectly terminated. The others are much smaller but nice. 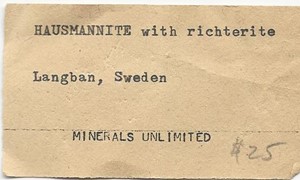