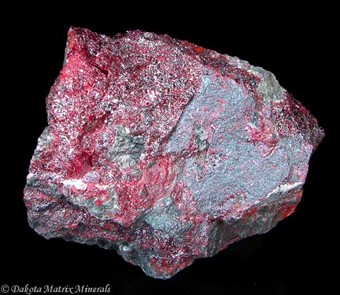 
Sample of massive crystalline adamantine red Cinnabar collected by Tom Loomis himself while on a field trip with the South Dakota School of Mines Society of Economic Geologists in 2005. Almaden Mines have been producing Mercury ores continuously for over 2,000 years (MR 19-5 1988, p 297). 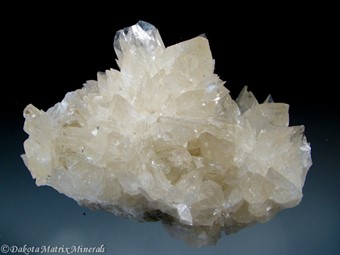 
The Borax mine in Boron, California is operated by Rio Tinto and is one of the largest Borax mines in the world. Borax was discovered in California in 1872. The Borax mine was established in the 1920's. About 74% of the borax produced is used in glass and ceramics, while another 6% is used in soaps and detergents. Borax is also used in a multitude of other applications. A noted quote by W. T. Schaller in 1930: "The cleanser, the pharmacist, the paper and textile maker, the metallurgist, the brazier, and the jeweler all use borax". These are still valid applications today. Colemanite is a main ore of borax as is Ulexite. Borate deposits probably originated from the concentration of boron rich sediments in large playas as brines. The boron probably was derived from hot springs and fumaroles associated with Tertiary age volcanics. This is a good specimen with large crystals over 1cm in size.


Large Copper mass from amygdaloidal basalts. This specimen also contains a bit of Silver. Well over 6 million tons of native Copper has been mined from these deposits which stretch the entire length of upper Michigan from Wisconsin to Keweenaw point. The Copper occurs within open-space fillings and replacements in amygdaloidal flow tops of the Portage Lake Lava Series. These Copper deposits has been mined since prehistoric times. 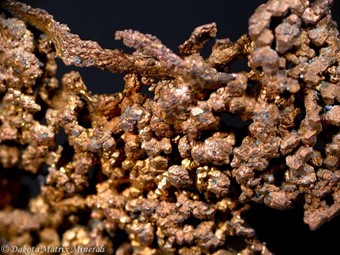 
The copper deposits of the White Pine mine are large stratiform deposits in the Nonesuch shale of upper Precambrian age. The ore is typically finely disseminated barely seen in the shale. Copper concentrations average 1-2% Copper. Higher grade zones occur in open fractures from a second pulse of mineralization and the Copper can crystallize nicely as with this specimen which shows superb micro octahedral crystals with a peculiar brassy luster. Micro Bornite (?) crystals are sprinkled about the Copper. Great showy specimen. 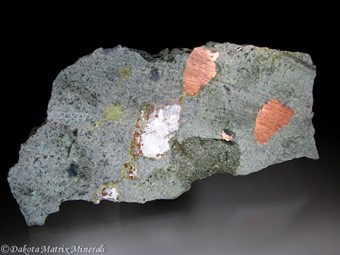 
Native Copper to 1.5cm in Epidote from presumably from the Portage Lake volcanics of the upper Michigan Lake Superior district. 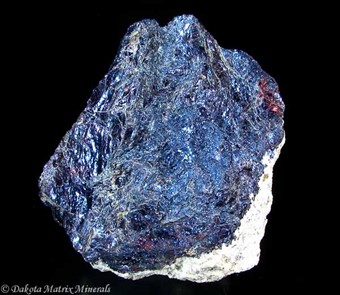 
A thick seam of foliated platy Covellite with the typical blue-purple iridescence containing about 66% Copper making it one of the chief economic ores of Copper.
Discovered in 1877, the Butte district was one of the most important mining districts in the USA. Butte has produced millions of tons of Copper and considerable amounts of Silver Gold, Lead and Zinc as well as some incredibly and highly collectible mineral specimens. During its hey day, Butte was considered the "richest hill on earth". The mineral deposits of Butte fueled the ever increasing demands of our industrial machine and in the process helped build the country to what it is today. Unfortunately, the consequence of these societal demands of the past are the environmental issues inherited today.