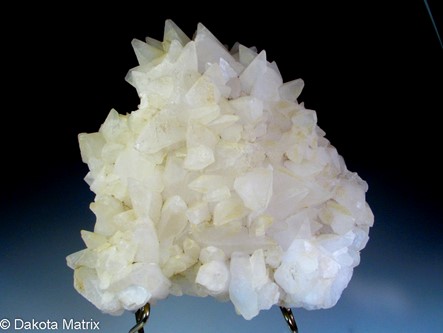 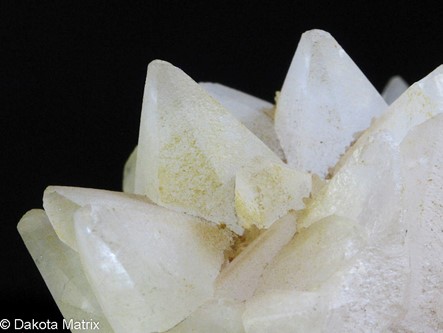 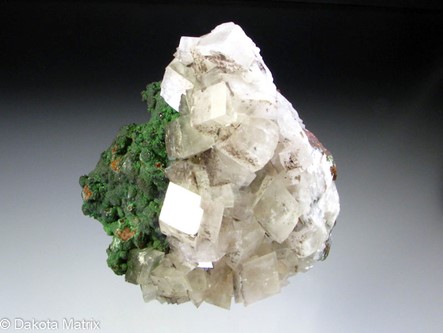 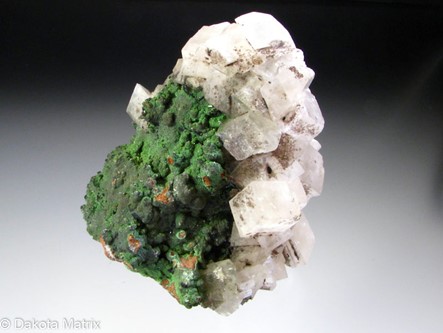 Colorless rhombic crystals of Calcite to 9mm with Malachite on the side. 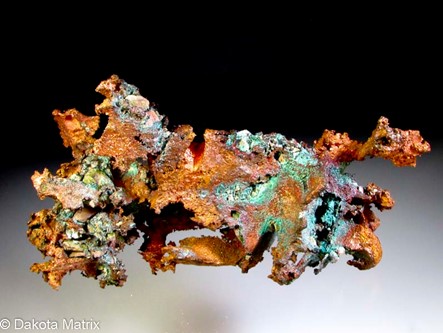 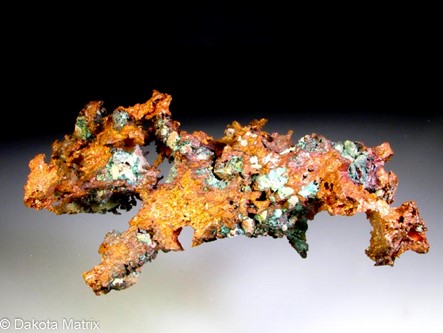 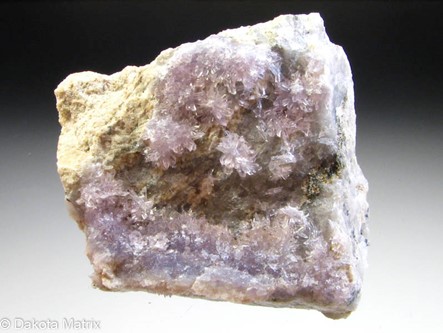 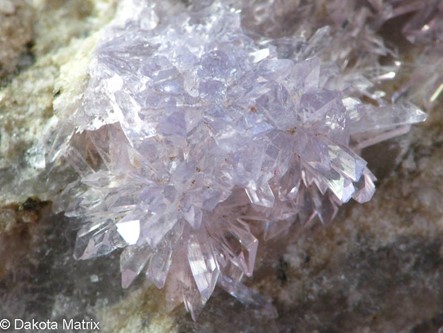 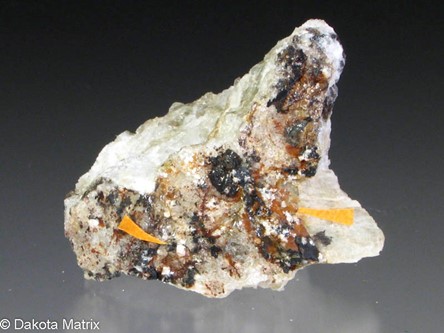 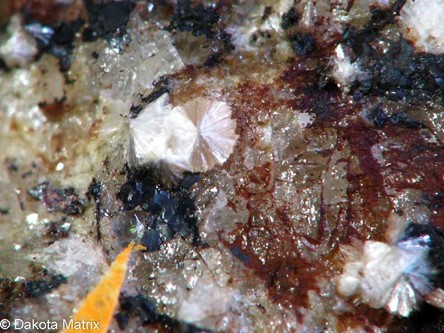 Radial groups to 0.75mm of white or colorless Kingsmountite crystals.

Kingmountite  crystals are much like Montgomeryite both of which form lath-like crystals with a sloping terminations. It is in fact isostructural with Montgomeryite and both are members of the Calcioferrite group. It is also the iron analogue of Montgomeryite and is usually white and sometimes light pink. The best specimens are probably from Hagendorf, although many fine specimens have been collected at Foote. It is primarily a mineral which forms in pegmatites, although has occured in bat caves and hydrothermal altered phosphate rich sedimentary deposits This can be considered a good specimen with both good coverage and crystal groups. 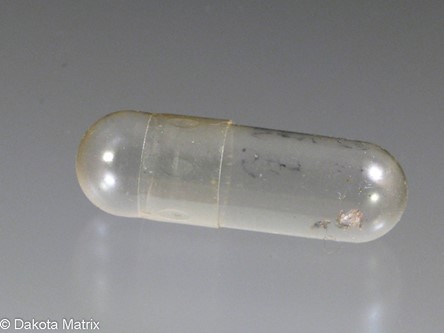 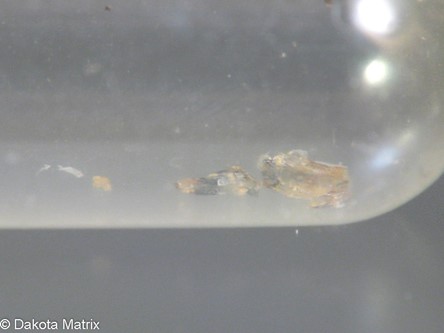 A few 1mm or less tranlucent and colorless crystal fragments of extremely rare Samuelsonite. These were confirmed by Raman.