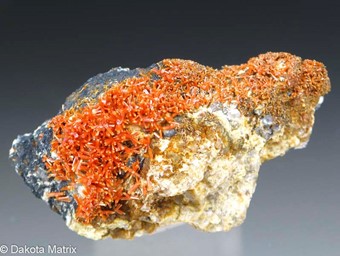 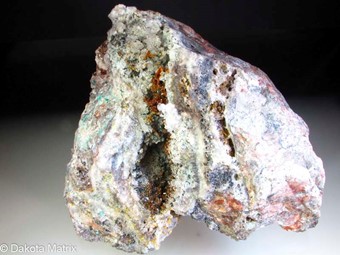 
This is a LARGE specimen. It is a textbook example of vein with open fracture mineralization. The opening is 3cm wide at the center and is lined with beautiful bright to dark orange Vanadinite crystals to 2mm. There are likely other exotic minerals in the fracture and matrix. Beneath the Vanadinite is a layer of black Mottramite. The opening was likely creating by hot, acicidc solutions which dissolved and etched out the Quartz along the fracture after which vanadium minerals were deposited and crystallized. A great educational specimen for economic geology and ore mineralization. A classic locality.

May cost extra to ship. 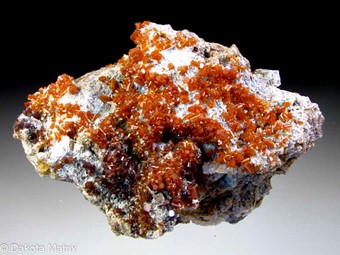 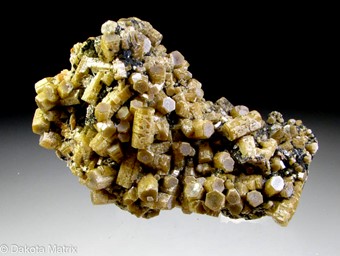 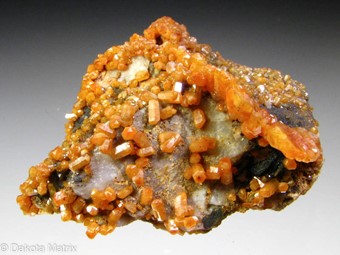 
Light orange 1-8mm crystals of Vanadinite. The larger crystals are those on top and have flattend, tabular apperance. 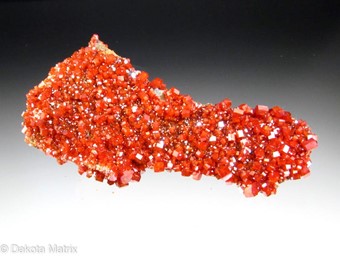 
For Apache, this is cream of the crop, These crystals are sharp, top knotch, lustrous and gemmy. The largest crystal is 3mm.