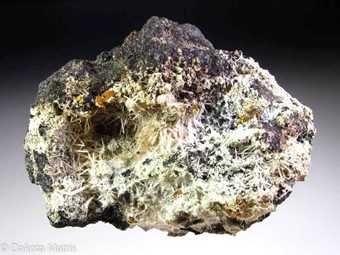 
This mine was once featured in a Mineraolgical Record issue V6 n1, 1975 titled Minerals of the Tui Mine, New Zealand". The specimen comes with an old Willard L. Roberts collection label in which he states it is from the author of that article, Dr. R. L. Ansin. The mine ceased operations in 1973, and shortly thereafter mineral collectors moved in for the goodies. They pulled out not only nice Cerussite like this, but also Azurite, Gold, Smithsonite, Chalcopyrite etc. This specimen contains one large 3cm vug filled with jackstraw white, long and slender white Cerussite crystals to 8mm. There are little, less than 0.5mm, faint blue Dundasite spheroidal groups covering much of the matrix along with the Cerussite. 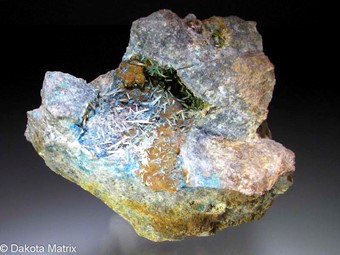 
Cerussite crystals to 11mm with a dusting of powder Azurite. It's a cool specimen with that Azurite mix. The vug is 3cm. 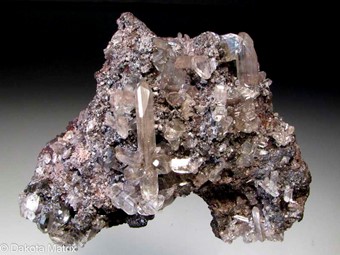 
Excellent showy  specimen with glassy, vitreous and striated crystals to 2.7cm. There are many smallery crystals of perfection. The largest crystal has a small, fairly non-visible piece missing. Otherwise, it is in great shape. 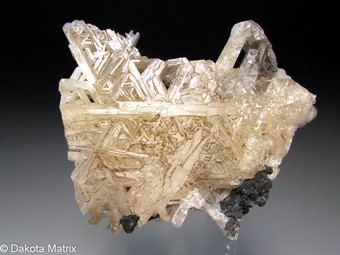 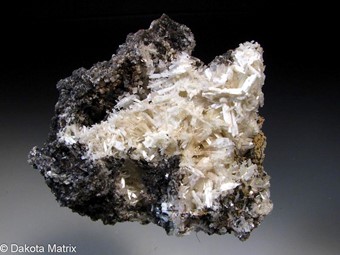 
An old-timer of classic Arizona of white "jack-straw" habit Cerussite. It actually has a slight yellowish green tinge. Nice peice, hard to find these days. It was acquired by Hampson in 1965. 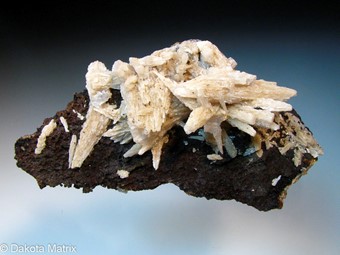