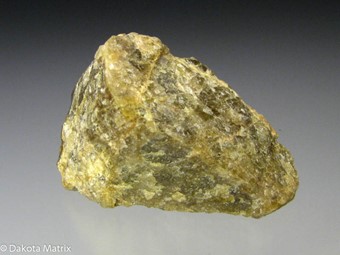 
Thin colorless to yellowish exsolved lamellae occuring in Lithiophillite. Extremely rare and found in only one pegmatite thus far. 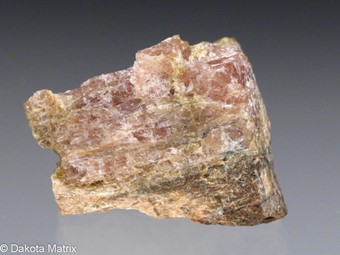 
Microscopic (<0.1mm) thin exsolution lamellae in Lithiophilite. A relatively new phosphate mineral of the Sarcopside group. Type and only locality. 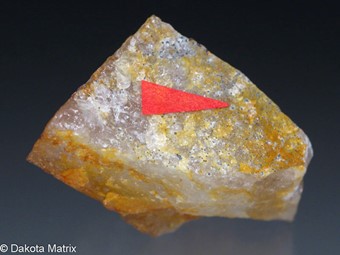 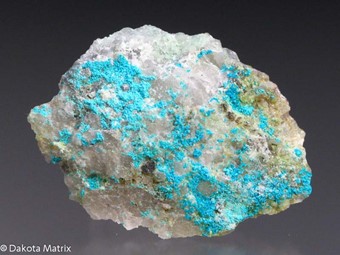 
Zdenekite, a rare sodium-lead-copper arsenate is found in only three worldwide localities. This is the type locality, probably the best. This is a very rich specimen loaded with tiny clusters of bright blue platy crystals.


Good coverage of tiny blue plates in groups with good coverage across. Zdenekite is a rare lead-copper arsenate first discovered at this locality, Cap Garronne, a famous arsenate locality. 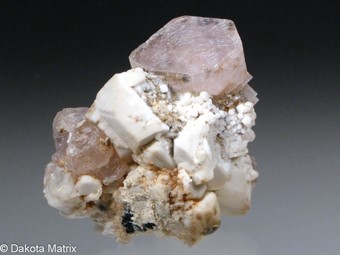 
There are seven prominent Zektzerite crystals on this specimen, the largest is 1.3cm across. All are faint pink and occur with white Microcline crystals. The largest crystal shows good pseudohexagonal orthorhombic forms with flat pinacoids and striated(?) prism faces. I note the so-called striations since they seem to be characteristic for the species from the specimens I have seen. The flat terminations have a lot of weird patterns. Under shortwave UV the Zektzerite lights up a vivid yellow. Some ref's mention that it glows blue (who knows out there?). This is an excellent specimen and was purchased by Chris van Laer from Randy Becker in 1987 for $350. Becker, who authored the 1991 article "Minerals of the Golden Horn Batholith" in Rocks and Minerals, collected this piece.

Zektzerite is found in the miarolitic cavities and pegmatites in alkaline portions of the Golden Horn batholith, near Washington Pass in the North Cascades mountains of Washington. As noted by the formula, the mineral contains lithium and zirconium both of which characteristically get filtered out of the solidifying magma as it cools since these elements are usually rejected by most ordinary igneous rocks. Since Zektzerite needs sodium, it is typically found in agpatic rock, which is peralkaline, meaning that it is aluminum poor and sodium rich.

Zektzerite was first found in 1966 by Bart Cannon and named after Jack Zektzer both of Seattle. Cannon was at the fore-front of Washington Pass collecting. Hats off to these guys.

All this information is taken from the Handbook of Mineralogy,  Mindat, Webmineral and Randy Becker's article in Rocks and Minerals journal v.66 n.6 (1991) - an excellent read.