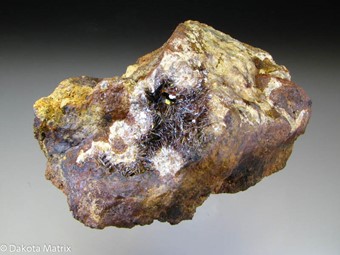 
This is an excellent specimen of solid Nadorite with an area of bladed root-beer colored crystals. Bruising to most of crystals but deep into the vug complete crystals are seen. 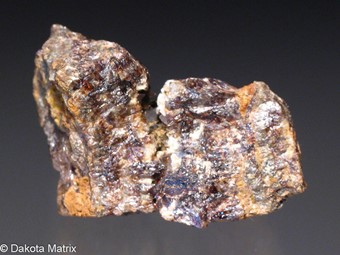 
Suberb crystal plates of amber brown Nadorite to 3mm in open vug with colorless to white bladed crystals of Valentinite. 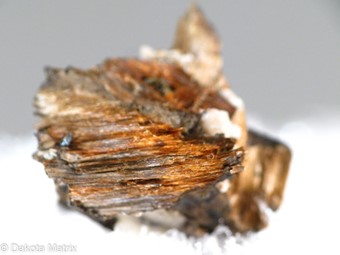 
Rich rusty red or golden fibrous crystals. This is a fairly rare species found only at two localities worldwide. 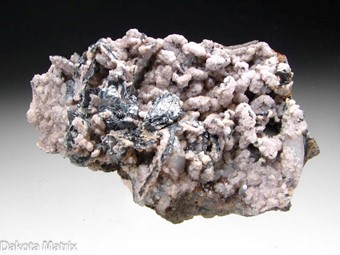 
Numerous silvery lead-grey somewhat foliated metallic plates to 7mm. There are SIX large plates from 5 to 7mm with numerous smaller plates throughout the specimen. As is typical of specimens from Nagyag, Rhodochrosite covers much of the crystals. Fortunately on this specimen alot of the crystals were not encrusted over by the Rhodochrosite. Cross twinned lamellae can be seen on the crystals. Nagyagite is a soft mineral (1.5 Mohs) with thin foliations much like Molybdenite.

This mineral gets its name from the type locality at Sacarîmb, also called Nagyág, in Romania. Nagyagite is an uncommon mineral that occurs in epithermal hydrothermal gold and tellurium bearing deposits. It can be found additionally in the Czech Republic, Kazakhstan, Armenia, Zimbabwe, the United States, Canada, Argentina, Australia, New Zealand, Japan, and Fiji among others. Although most other localities rarely surface on the market. Nagyag is the undoubtedly the best and most desirable and sought after. Even on Mindat, there are no other localities photographed. In our MineralPedia, we have the Czech Locality at Kasejovitz photographed. 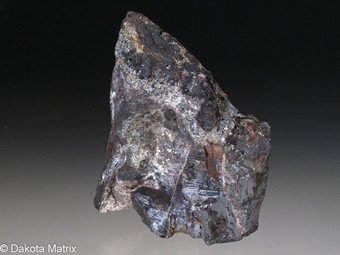 
An excellent specimen with 1 to 6mm areas full of platy, silvery Nagyagite. The Nagyagite occurs along veinlets within dull black Alabandite. The Alabandite itself has superb crystals to 8mm. 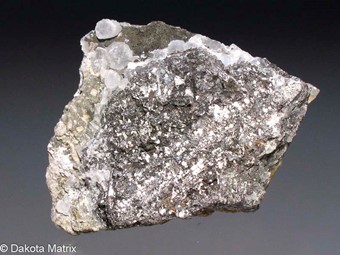 
Superb specimen with very good coverage across specimen. In particular, there is a 25mm x 0.8mm streak across the face which is allo silvery Nagyagite. Plus the rest of the area showing numerous crystals.

Important note: This is an ex. Dr. A. Krantz specimen. See old label under the prov. tab.