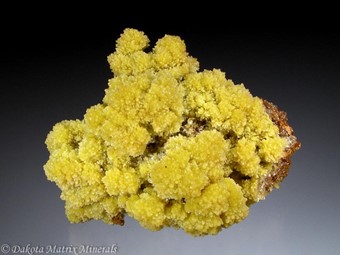 
Bright yellow Mimetite richly covering one side of matrix. 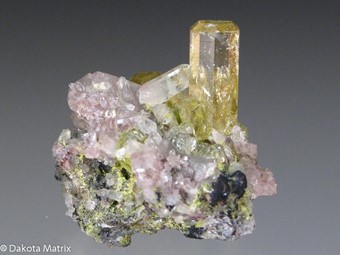 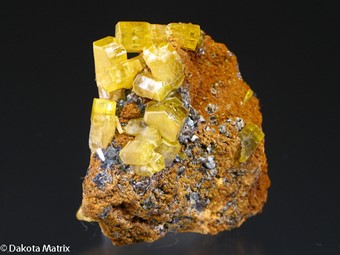 
Gemmy, deep yellow, superb hexagonal crystals of Mimetite to 1cm. This locality came on the market several years ago in a very limited quantity. They have been coveted by most collectors and are ranked as one of the better Mimetite localities in the world. 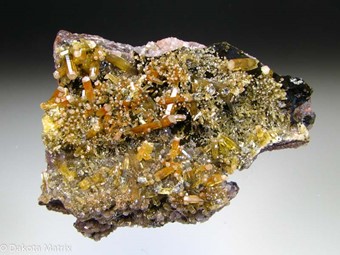 
A beautiful specimen full of honey yellow to orange prismatic crystals of Mimetite. Most of the Mimetite crystals exhibit a compositional change in chemistry at the tips to another mineral and appears to be an overgrowth after the Mimetite crystallized. This is evident by the taperd terminations of the yellow crystals.  The longest crystals are about 7mm. The orange crystals are actually an overgrowth of tiny spheroids of Goethite.  Ex. Paul Nichoson & Richard Thomas collection. 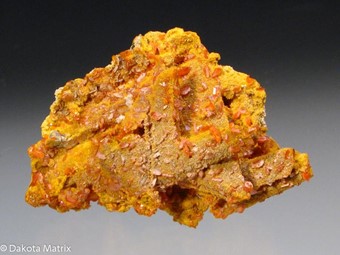 
A very colorful specimen of Mimetite which replaced v-shaped twins of Cerussite. This twin is 1.5cm on one limb. The Mimetite replaced the cerussite but also occurs on the surface as bright orange fibrous micro crystals. Also seen are dark orange tabular crystals of Wulfenite to 1.5mm. One of the photos from the side shows the separtion of the former Cerussite crystal from the main mass. The old David Shannon tag states that these were collected by n old prospector in 1963. 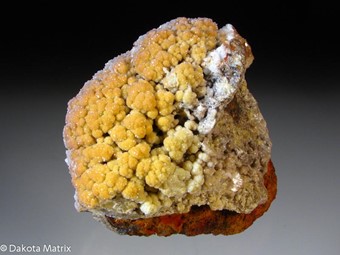 
Orange to yellow sugary botryoids of Mimetite on one side with stark white Dolomite rhombs on the other.