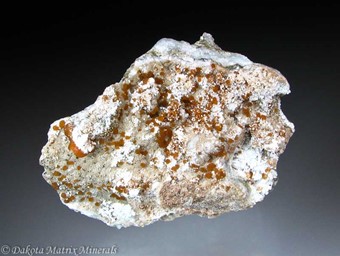 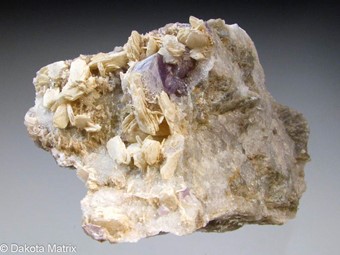 
These are some of the largest Fairfieldite crystals I have come across - they measure up to 7mm. The Fluorapatite is a bonus, which is up to 7mm but mostly concealed. Excellent specimen. 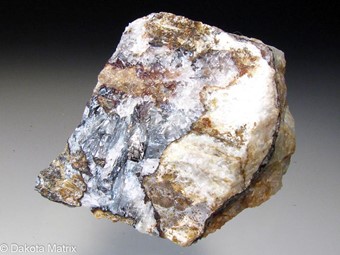 
Glassy, faint blue long platy crystals of Fairfield on Beryl matrix. The crystals are about 5 to 15mm long and filled seams in the Beryl. It is an analyzed specimen by EDS, Raman. 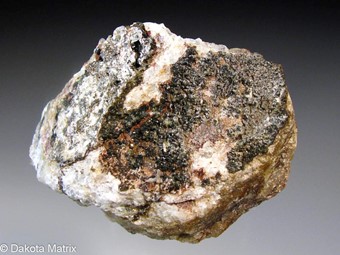 
This is a verified Fairfieldite by Raman, XRD, and EDS. The Fairfieldite occurs on dark olive green Roscherite as white disc-shaped crystals which are sometimes stacked but mostly as singular crystals. The color is a murky white. The size of the Fairfieldite crystals are about 0.3mm. Little white pearly cottonball-like crystal groups of Englishite are rare on the specimen and occurs on a reddish brown Roscherite. The matrix is Beryl. The Roscherite, Fairfieldite and Englishite occur along fracture fillings in the Beryl. 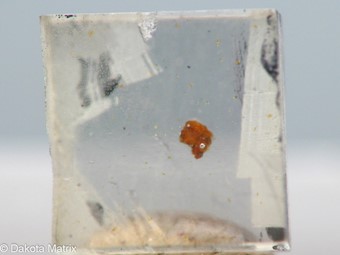 
A small, less than 1mm, fragment from the Springwater meteorite with inclusions of Farringtonite, a rare magnesium phosphate found mostly in meteorites. The specimen is in an expoxy mount prepared for EDS verification by Excalibur minerals. See Prov tab for analysis and SEM image. 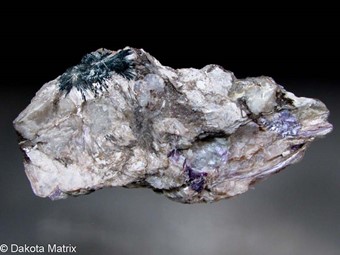 
This specimen has pearly crystal plates of Fedorite with great coverage. Fedorite is micaceous with perfect basal cleavage {001} and is a phyllosilicate, although it is not a mica group member. The plates can be split along the cleavage planes easily, but are not flexible as the literature suggest. Associated minerals include Charoite (purple) and Aegerine, which are shown in the photos as radial greaan sprays.

This is a fine specimen for those of you who enjoy study alkali igneous deposits. It is named to honor the achievements of a great Russian mineralogist Evgraf S. Fedorov, one of the founders of modern crystallography.