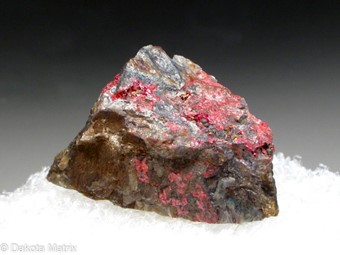 
Very tiny, less than 0.4mm, yellow acicular crystals of rare Edoylerite at blue arrow. There are other localities on the specimen with Edoylerite. There is also yellow Edgarbaileyite, Cinnabar, and native mercury. This is very good specimen and Edoylerite is found only at this locality. 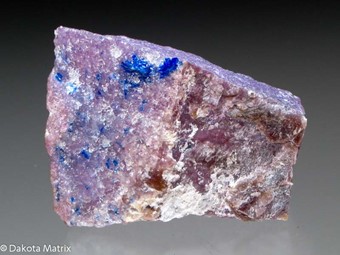 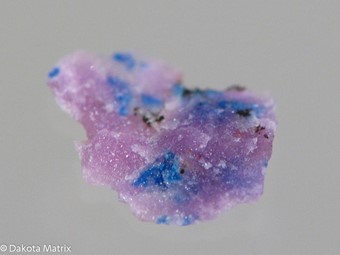 
A small 3mm specimen with the blue Effenbergite. The specimen was analyzed with the old Debye-Scherrer technique which produced the pattern on film. This film is included with the specimen and shown in the prov. tab. Effenbergerite is found only at Wessels. 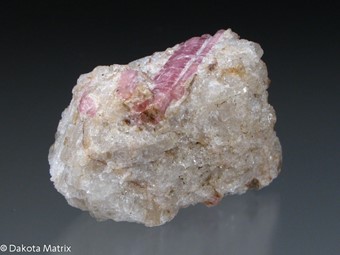 
The late Art Smith acquired this specimen from David Seaman in the 1980's (see prov. tab). It is a nice representative specimen from this zoned pegmatite of "rubellite" elbaite tourmaline in colorless Pollucite. Mount Mica pegmatite can be classified as a poorly zoned Lithium-Cesium-Tantalum pegmatite. It was one of Maine's first gem mines and is a serial producer of gem quality tourmaline. 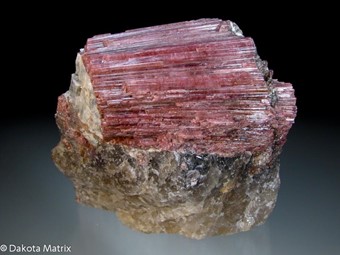 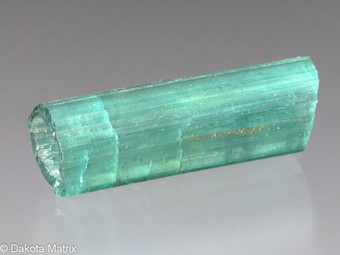 
A cool hollowed out elbaite tourmaline. It was probably hollowed by replacement of the center and later removal.