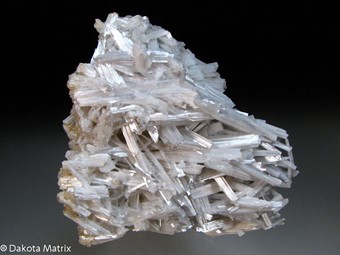 
An excellent, beautiful specimen of old-time "jack-straw" habit Cerussite with a white pearly luster and crystals to 3cm. This is an outstanding specimen and even a better specimen when you consider how hard these are to obtain. It will need insurance to ship, but it is very shipable. 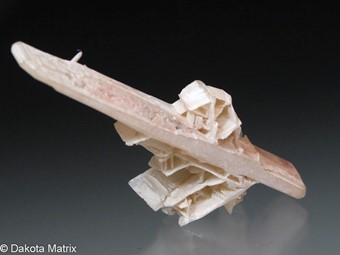 
Small, but fabulous specimen of slender Cerussite with a few side-kicks of twinned cycles. 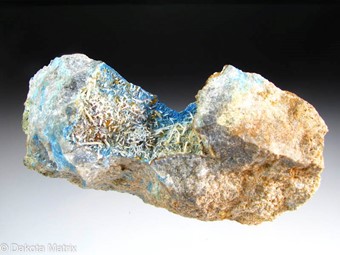 
Little is known about this mine, other than information from a USGS Bulletin 1112-G "Geology and Mineral Deposits of the Area South of Telluride Colorado". The mine is located on Silver Mountain above 13,000 ft. It is in a group of other mines and is said to contain some of the most valuable deposits in the Telluride district.  The Alta-St. Louis property was intensively mined from 1909 to 1924.

This specimen contains very nice, long, yellowish, acicular crystals to 9mm on a nice back drop of Azurite. It was collected by Arnold Hampson in 1963. 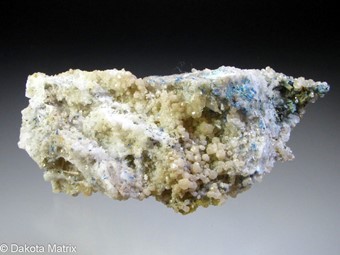 
A good locality specimen of milky 1-3mm Cerussite crystals throughout vuggy matrix with minor Azurite. Other surprises likely, as I have not thoroughly scoped this specimen.


This mine was once featured in a Mineraolgical Record issue V6 n1, 1975 titled Minerals of the Tui Mine, New Zealand". The specimen comes with an old Willard L. Roberts collection label in which he states it is from the author of that article, Dr. R. L. Ansin. The mine ceased operations in 1973, and shortly thereafter mineral collectors moved in for the goodies. They pulled out not only nice Cerussite like this, but also Azurite, Gold, Smithsonite, Chalcopyrite etc. This specimen contains one large 3cm vug filled with jackstraw white, long and slender white Cerussite crystals to 8mm. There are little, less than 0.5mm, faint blue Dundasite spheroidal groups covering much of the matrix along with the Cerussite.