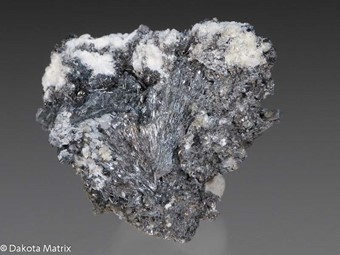 
Excellent specimen of dull grey Paakkonenite as the matrix hosting good sprays of Kermesite. There are also numerous crystals of which I have never seen before, but are probably apatite of valentinite. They are striated and tapering and very unusual in form.


Nearly impossible to get on the market...although there is probably more out there. Pabstite is hard to ID without the aid of the UV light as it glows bright blue under short wave. Once located in the matrix with UV, the crystals can be distinguished. In this specimen they are white to colorless and platy to maybe 1-3mm. The quarry is nonexistent I believe. 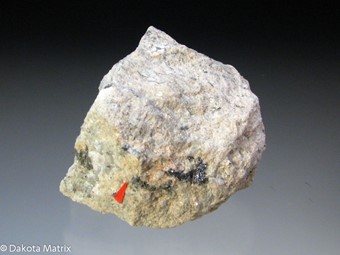 
There are several colorless crystal grains in matrix. The largest at the arrow is 1.5mm, which is large for the species. The rest are smaller. All the grains are identifiable with UV since the fluoresce a bright blue. It is the tin analogue of Benitoite and very rare. 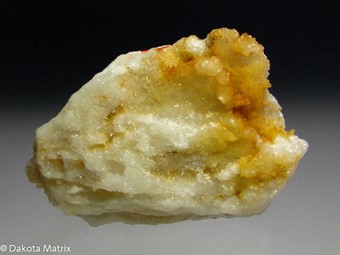 
This is kind of a teaser to the upcoming Ivigtut Special Edition. I have a few better than this, but this is a good specimen also with good 0.75-1mm Pachnolite crystals with pyramidal terminations and iron-stained. There are other areas which show waterclear Pachnolite crystals. There is also wider prismatic Thomsenolite crystals to 1mm and some of these have little epitaxial Pachnolite crystals growing on the tips. Overall a facsinating specimen. 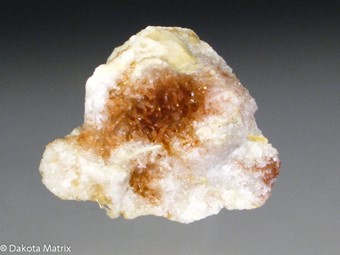 
A smaller specimen with a 2cm vug loaded with Pachnolite with perfect parymidal terminations. 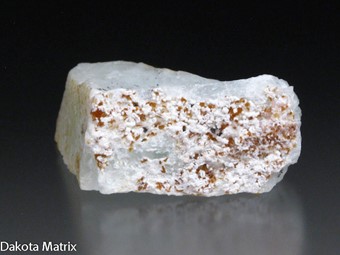 
Pahasapaite is one of the rarest minerals on Earth. It is one of five minerals with beryllium, lithium, and phosphorous in its composition and has a zeolitic structure. Tiptopite, also on this specimen is one of the five Be, Li, P minerals. Pahasapaite is also isometric, unlike most other phosphates found in pegmatites. It is usually faint pink to pink to slight orange. On this specimen, there are at least two euhedral faint pink crystals to about 0.3mm and a layer of stronger pink crystalline Pahasapaite about 2mm long seen on the side underneath a layer of Englishite and Roscherite. Beryl matrix.