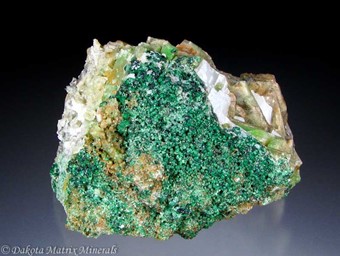 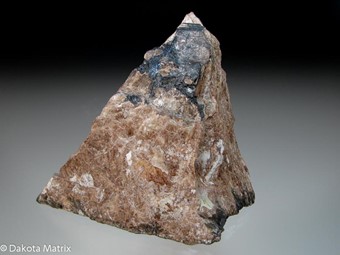 
This specimen is what was called caswellite in old literature, but has since been redescribed as mostly Grossular garnet replacing either hendricksonite or phlogopite mica. Analytical results are somewhat open to interpretation according to Dunn and has shown the replacement may also be to varying degrees Vesuvianite, chlorite and "other phases" perhaps Andradite.  It is fascinating to note that the relict mica cleavages are shown perfectly. 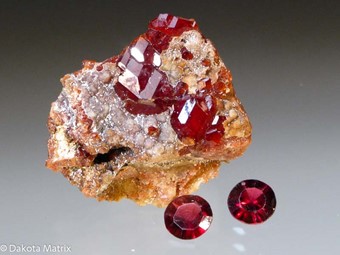 
Similar to the other specimen, this one with 3-4mm crystals of hessonite garnet with two faceted garnet gems each to 4mm. 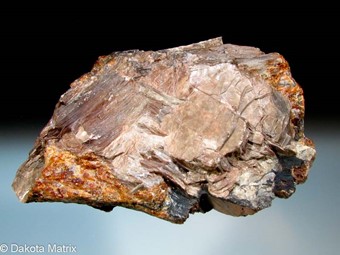 
This is the weird platy variety of Grossular they called "caswellite" originally. Apparently this is actually a pseudomorph after muscovite. The dark red coarse crystalline material is Andradite. 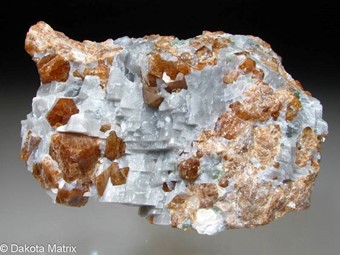 
A very nice Grossular specimen, well-formed, to 1.1cm. Many are sharp crystals with a good orange-brown color in a blue Calcite matrix. Collected by the late Fred DeVito. 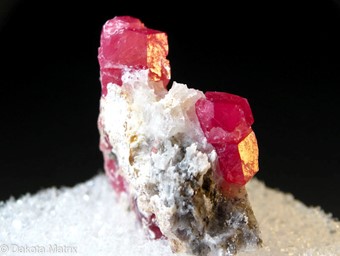 
Bright red nicely formed crystals of Grossular garnet from this famous locality. These crystals have good luster and sharpness to them, unlike a lot of the competition. Excellent thumbnail.