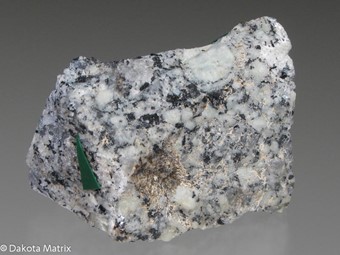 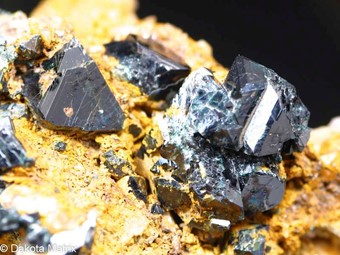 
An old specimen from the University of Delaware with label. The mine was apparently a Pyrite deposit of massive sulfide origin, according to Mindat. The specimen is large with dozens of dark green, lustrous crystals from 1 to 6mm. Gahnite is the zinc Spinel. 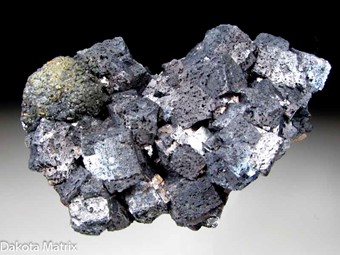 
It is hard to obtain specimens from the old mines of Wisconsin mined in the early 1900's. The Blackstone was also mined in the 1950's, when this specimen probably surfaced. This is a great specimen personally collected by Robert Waidler in his early days. The specimen is basically corroded Galena cubes to 1.3cm. There is a ball on the far left of the first photo, which is a large 2cm round aggregate of 1-2mm black to dark green Sphalerite crystals. At first I thought this was Marcasite, but visual examination ruled that out. It is a very fine specimen from this early lead producer of upper Mississippi Valley Type deposit. 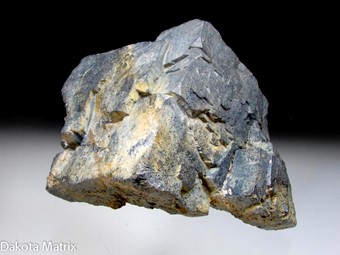 
This specimen was personally collected by RJ Waidler as a teenager from this historic mine opened in 1960 by New Jersey Zinc Company. By most standards and considering all the Galena localities in the world, this appears to be just another Galena specimen. It is NOT. It is an exceptional piece from this historic district and mine. The district itself dates back to 1827, when lead was discovered in Wisconsin. The specimen is a dull gray, but with NO damage and of the cubic faces. There are slight modifications to the corners. It is not dirty. I have cleaned it but preserved the mine-run tarnished and coated exterior as it should be preserved.

It is heavy and may cost extra to ship. 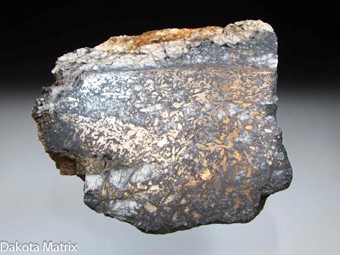 
Ore specimen cut and polished on one side showing the pervasive mineralization of mostly Galena and Chalcopyrite. In the photos it hard to distinguish between the two. In person it is easy. Most of the central portion is Galena, the outer fringe is the Chalcopyrite. 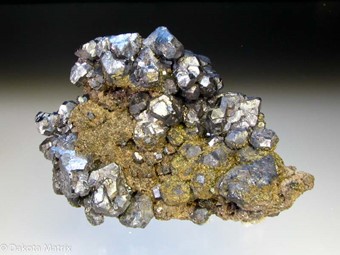 
Cubo-octahedral Galena crystals to over 1.5cm in clusters with Marcasite. Nice old specimen