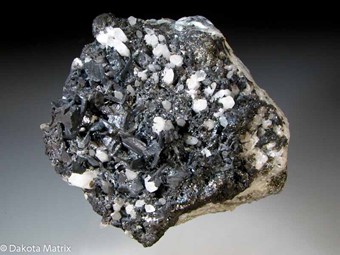 
Outstanding specimen with stell grey free-standing swords of Chalcocite to 9mm generally averaing 5mm. There is a slight iridescence of a blue tone. Very little damage to this specimen for being so old and historic. 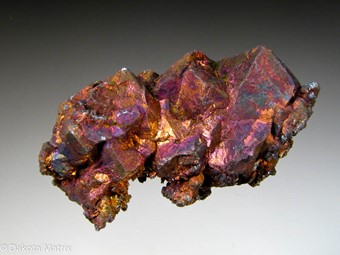 
These pieces made a huge splash several years ago at the Tucson show. Many were just like this one with different irridescence presumably caused by a fine coating of Chalcopyrite. This one has large pseudohexagonal crystals to 1.5cm with a goldish purple irridescence. Excellent specimen. 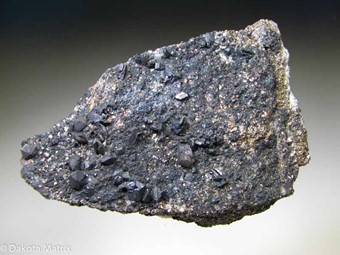 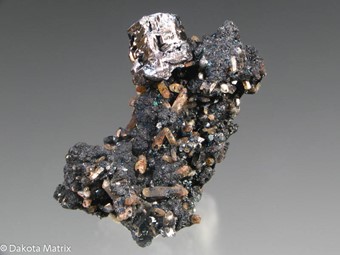 
A fine, brilliant, Chalcocite crystal perched perfectly on top of spongy Chalcocite matrix. The large crystal on top is 8mm, terminated with striation patterns typical of Chalcocite. There are dozens of smaller and micro shiny Chalcocite crystals all over the matrix. The brown, prismatic crystals are Quartz. The Geevor mine, near Pendeen and the Levant mine has its roots in the early nineteenth century, specifically known as the East Levant mine in 1837 but changing names to the Geevor mine (Ltd) in 1911. It operated up to 1986, afetr the tin market collapsed in 1985. There is now a museum at the mine site. Comes with a large Maurice Weller label. 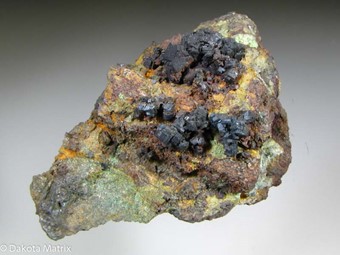 
Old specimen from the famous St. Ives district in Cornwall showing good Chalcocite crystals to 3mm. The crystals exhibit stepped growth and are very interesting under the scope. There are green alterations covering a silvery sulfide, presumably some nickel mineral. 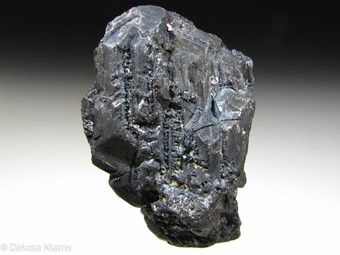 
This would be a great specimen, but as you can see, it is a little beat-up! Take a look at it though. The entire specimen was one large cyclic twinned crystal! It is still a nice specimen.