A Geologic summary of the major mountain building event that formed the ranges in Colorado, Montana, Wyoming, Utah & our beautiful Black Hills in South Dakota

"The story of the mountains is read in the book of the basin.'

Dr. Alvis Lisenbee - said while looking at the eastern limb of a huge monocline on the flank of the Big Horn range looking East out over the vast Powder River Basin

The Laramide province is a region of north trending mountain uplifts and adjoining basins in the north-central states of Montana, South Dakota, Utah, Colorado, and particularly Wyoming (Figure 1).  Elevation differences between the uplifts and basins can be 10,000 ft plus (Wikipedia, 2008) and landscape can change between steep rugged mountains and rolling prairies within only hundreds of miles. The climate types also differ between semi-arid steppe with warm to hot summers and cold winters with low-moderate precipitation, to mountain highland type climate that has varying conditions and precipitation influenced by elevation and landscape (Getis, 2008). 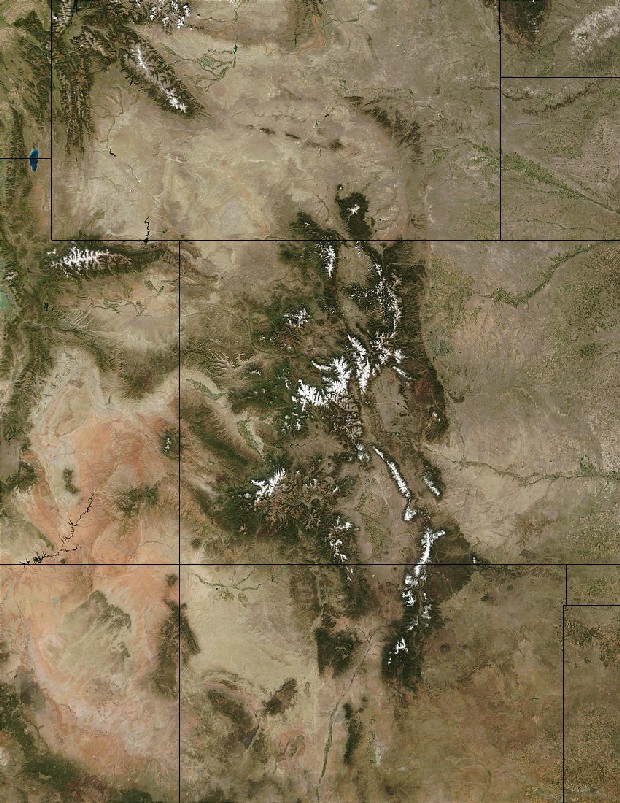 The basement rocks in the majority of the Laramide region are Pre-Cambrian crystalline intrusive igneous rocks such as granite, metasedimentary rocks such as schist, slate, and quartzite, and metavolcanics. Above the Pre-Cambrian rocks are packages of Paleozoic sedimentary rocks that can be tens of thousands of feet thick. The Paleozoic rocks include Cambrian Sauk sequence type sandstones, Kaskaskia Mississippian limestones, to Absoroka Pennsylvanian-Permian cyclical sequences. Mesozoic rocks are dominantly marine shales and sandstones, and as uplifting preceded river, terrace, and basin fill deposits in the late Cretaceous. Early Cenozoic rocks in the basins are mostly lake shales, mudstones and sandstones, which were deposited in lacustrine and fluvial environments. Some of the freshwater lake deposits in the intramountian basins can be nearly 10,000 feet thick (Prothero & Dott, 2004). In the Paleocene large swamps and river deltas dominated the basins with an abundance of plant life (Prothero & Dott, 2004). The abundant plant life and stagnant swampy water created the ultimate environment for coal accumulation and coal seams in the Powder River Basin, like the seams seen in Figure 1, can be 30 to 50 feet thick (WYUSGS, 2008). During Eocene time volcanic eruptions in the west blanketed the Laramide region with ash and tuff (Prothero & Dott, 2004) and basaltic lava flows formed the Absoroka Mountians in northwestern Wyoming. Through the later Cenozoic erosion and exumation of the uplifts took place forming river, terrace, and even further basin deposits. 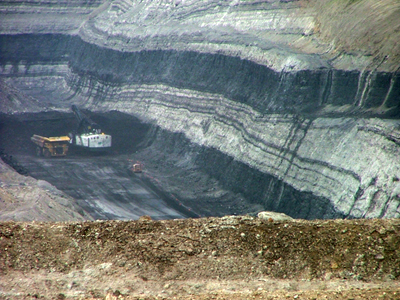 During the Laramide Orogeny in late Cretaceous to early Tertiary (between approximately 70-55 million years ago) compressional forces from the west shortened and crumpled the crust forming uplifts and basins, with associated folds and faults. Broad anticlinal and synclinal folds are seen in basins and on the margins of uplifts. Monoclines, large uni-limbed folds commonly associated with reverse faulting, are seen in many of the Laramide mountain ranges including the Bighorn Mountains in Wyoming and the Black Hills of South Dakota. Reverse faulting in the region was extensive and Brown (1993) estimated that crustal shortening could be as much as 30 miles total. The Laramide uplifts are characterized by basement involved low angle thrust faults that overlapped sections of crust. Forces were so great that in some places 10,000 to 20,000 feet of vertical movement is observed.

For most of the Earth’s history, through the entire Paleozoic and into the Mesozoic, the Laramide region was a stable craton where major transgressions of worldwide seas deposited massive sequences of sedimentary rocks. The Laramide Orogeny, which occurred during the Cretacous and into Tertiary time, was related to the eastward convergence of the Farallon Plate with the North American plate on the western margin of North America (Brown,1993). As the Farallon Plate collided and began to subduct beneath the North American continent, North America was under immense compressional forces resulting in major folding and uplifting of the Laramide ranges. As the uplift subsided in early Tertiary time the young high mountains were attacked by erosion. Rivers carved the mountains and deposited boulders, gravel, and sand in the low-lying basins between the mountain ranges. During the early Cenozoic the basins between mountains were filled with water creating large freshwater lakes that deposited lucustrine rocks. In Paleocene time swamps and deltas formed more thick sedimentary rock sequences including the coal seen in the Powder River Basin (Prothero & Dott, 2004). Volcanic eruptions in the west deposited layers of ash and Tertiary igneous activity occurred throughout the region forming stocks, vents, and in some places flows. After the Laramide uplift the dominate force has been erosion.

The Laramide region has various economic resources most of which are in Wyoming and with some in Montana, South Dakota, and Colorado. Wyoming has abundant fossil fuel resources including oil, gas, and most notably coal. In 2007 Wyoming produced 453.56 million tons of coal, which is nearly 40 percent of all the coal produced in the United States (WYUSGS, 2008). Wyoming ranks seventh for U.S. oil production, second in natural gas production, and first in helium production (WYUSGS, 2008. Additionally, Wyoming is the top U.S. Uranium producer (WYUSGS, 2008). Metals found in the Laramide region include gold, silver, and PGE’s to copper, lead and zinc, which are found mostly in the Pre-Cambrian cored mountain ranges (WYUSGS, 2008) including the Rocky Mountains, Black Hills, and Bear Lodge Mountains.

Because most of the Laramide region has been tectonically inactive for millions of years there is little geologic hazard to mention. The exception is Yellowstone, a large super volcano in northwestern Wyoming.