In Memory of June Culp Zeitner 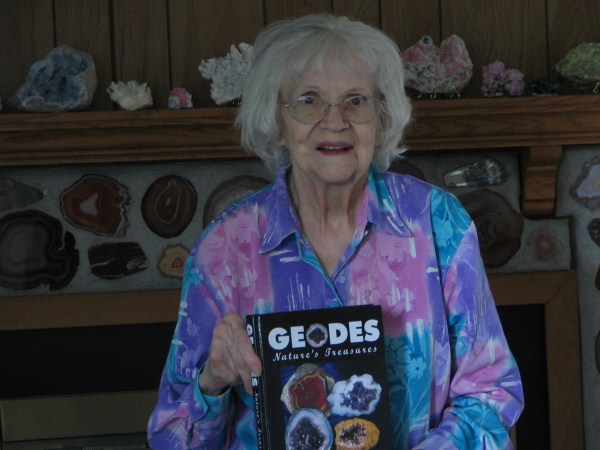 June at 91, after publishing her last book "Geodes"

The Gem of the West passed away on October 11, 2009 at 93 years old. We lost a friend and mentor to us all. June Culp Zeitner passed away peacefully at home surrounded by loved ones. Up until her last days, June would sit comfortably in her chair, with a pile of mineral books aside her and a twinkle in her eye. That twinkle was always there. She was always thinking. You see, she had a few more books to write. Holy cow, she just co-authored a book called “Geodes” at 91 years old. She told me her next (yes, next) book was going to be a compilation of the national “State’s Stones” program, which she pioneered. To my amazement, she had a good start on that one but never quite finished it. Even at 93, June didn’t procrastinate.

During the last two summers, my assistant, Miranda, and I had the privilege to “peek” inside the June’s wonderful life. She always told me about her 30 years of traveling around the lower 48 states. I never quite believed her, until I saw her garage. She told me they sold their first hardware store in Mission, South Dakota and of course needed to find a new store. I’m not sure if that was June’s motive. If you saw her garage, you would think otherwise. Hardware store? Yeah-right, June!! Imagine a double car garage loaded with hundreds of old, wooden US military ammo crates. Each crate loaded with rocks, the culmination of THAT 30 year collecting trip. She gave us the job of systematically prying each crate open and reviewing the contents. Each crate, crammed with minerals and rocks wrapped in vintage newspaper from the 1950’s, 60’s and 70’s. What a job. We actually never finished, to my regret. Along the way, each day June would sit on her deck with her sister May. Like a little kid with gleam in her eyes, she would watch us as each, rusty old nail would pry loose. Much like an ancient treasure chest making a mysterious squeaking sound, each crate revealed something different. Inside we found beautiful petrified wood, geodes, blue chalcedony, opals, ammonites, tourmalines, beryls and obsidian. One crate contained black ivory found from the tusks of an ancient mammoth unearthed during a road construction project in the 1950’s.

Author's note: The above  account was copyrighted and published October 13th, 2009 on this website. Subsequently, portions of it were unprofessionally and without authorization reproduced in an article about June and published recently (Jan., 2010)  in popular rock and gem magazine. His name is not is worthy of mention. He not only stole the words from this web page but he pretended to have engaged in the above project himself.  I'm sure he has no supporting documentation, photos, or proof to verify his claims. We however, have photos and witnesses, including June's caregiver, her sister, a cousin and several family friends who can place us at the seen engaged in this project. None of these people can corroborate his claim. I don't know why he did it.  Perhaps it was out of jealously or perhaps out of lack of information for his article. I'm sure he could not produce one photo to support "his" story.

How June managed to collect all that material and write nine books, thousands of articles, teach, lecture, and make jewelry, I’ll never know. But as we opened each crate, I realized (again) how special this little old lady was. She was special not only to me, but to each one of us. She devoted her life to our hobby and science.

·         Nearly a thousand articles on the subject. Her first article appeared in Dake’s “Mineralogist”, later in Gems and Minerals, Rocks and Minerals and Lapidary Journal.

·         Founded the National Rockhound and Lapidary Hall of Fame

·         Lectured at over 200 regional, national and international conventions

·        Chair for the American Cancer Society, twice raising more annual donations than any representative in the country.

·        Had the largest gem Emerald found in the USA named after her “The Zeitner Emerald”.

·        State Vice-President and later President for the Midwest Federation (AFM)

·        Assembled probably the largest mineralogical field trip ever in Murdo, SD in 1970 in which 2000 collectors participated.

So yes, sometimes it’s not who you know, it’s what you know.

June will be missed by all of us. Bye Bye June, may the mineral spirits be with you forevermore. 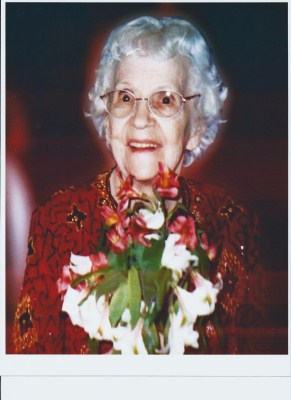 Below is the her official obituary

June Culp Zeitner, 93, died in her home on October 11, after a lengthy illness. An internationally-known author, speaker, and mineral and gem authority, the Michigan native lived in Springfield and Aberdeen, South Dakota, before making her home in Mission, in 1937. After extensive travel across North America, Zeitner permanently settled in Rapid City in 1986 with her beloved husband Albert. She published books and magazine articles until shortly before her death.

Zeitner first moved to Mission to begin her career as an English teacher. It was there she met her future husband, whose family owned both a hardware store and a natural history museum. Zeitner taught for seven years before becoming superintendent of Todd County High School in the 1940s. She left teaching when she and Albert began a natural history odyssey that was slated to last for one year. Instead, it occupied their entire mid-life period.

The couple’s 30-year cross-continent adventure was a trip from one gem or mineral locality to another. Each new mine created an impetus for another side-trip and an opportunity to work with miners and scientists in the field. The process also provided Zeitner with her first major book project, a series of authoritative, practical, and popular “Gem Trails” books in which she recorded detailed locality information to guide rock enthusiasts. It would not be long until Zeitner became one of the world’s best-known rock, gem, and mineral experts.

Over the ensuing decades, Zeitner’s expertise formed the basis for a dozen books and more than 1,000 magazine articles covering many aspects of the subject she loved most. Many articles appeared in Lapidary Journal, the primary magazine for the lapidary arts of gem carving and jewelry manufacturing, where Zeitner held the post of Special Assistant Editor for more than three decades, ending in 2002.

Zeitner’s accomplishments in her chosen field are remarkable. A selection includes: being crowned at the White House by the International Gem Show as the First Lady of Gems in 1976; receiving the 2006 Carnegie Museum of Natural History’s Mineralogical Award, which celebrates significant contributions to the science of mineralogy; having the largest emerald found and cut in the United States named after her; founding a dozen gem and mineral clubs and the National Rockhound and Lapidary Hall of Fame; founding the State Stone Program, where every state adopted an official state gem, mineral, fossil, and/or rock (South Dakota’s gem is the Fairburn Agate; its mineral is Rose Quartz; its fossil is Triceratops); and assembling a collection of gemstones for display at the Smithsonian Institution.

For her writing, Zeitner was honored as South Dakota Woman of Achievement by the National Federation of Press Women in 1976, and in 1985 received the A.H. Pankow press award, which is given to the South Dakota journalist whose “coverage and promotion of the state’s visitor industry is unparalleled.”

June Culp Zeitner is survived by her sisters, May Hubbell of Rapid City, Phyllis Teplitz of San Rafael, California, and Sylvia (Carl) Antonacci of Geneva, Ohio, as well as four nephews, three nieces, their families, and a large following of loving friends, students, and colleagues. She was preceded in death by her husband Albert, sister Eleanor Anderson, and parents Vernon and Pearl Culp.