A Summary of the Minerals, Geology and Mines of the Cornwall, England 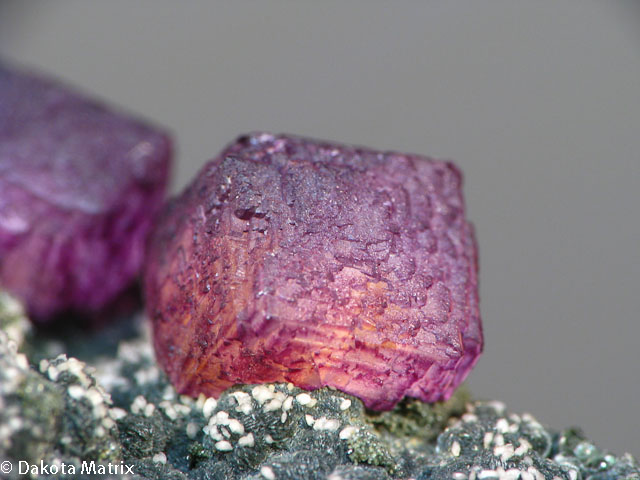 Mineral Specimens from Cornwall, England are offered in our Special Edition Galleries

Cornwall, England is one of the classic mining areas of the “Old World”.   Cornwall ranks high amongst the classic mineral localities of Europe including Pribram, Jachymov,  and the Carpathians.  Cornwall’s rich history in mining dates back to the Bronze Age and later became a major player in the industrial world.  Cornubia is Latin for Cornwall, where the mineral name the Cornubite is derived.  Cornwall provided extensive wealth to southern England, and the Crown, making it a stratgic area in Europe.

Cornwall was so important to the English upper class that special organizations were set up to allow for a massive degree of self regulation on the part of the Cornish miners.  These special organizations, known as Stannary Courts and Stannary Parliaments, were organizations that were responsible for the legal overseeing of the mines as well as the miners.  The organizations had the strength of the Crown supporting their power, and in order to lose their power, it was needed to be a vote on the part of the individual courts.   Such was the difficulty in disbanding the Stannary Governments that they still have the legal right to exist, and only due to the decline of mining have they atrophied.  There is currently a movement in effect to revive the Courts and Parliament, mostly to help the Cornwall area gain greater independence from greater England. 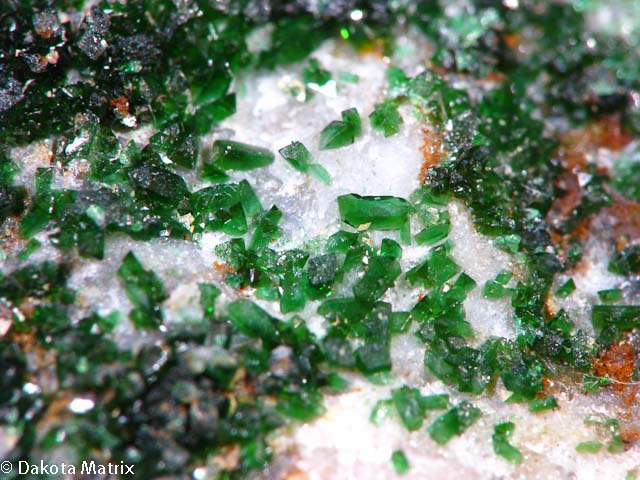 Libethenite from the Wheal Phoenix

The basic geology of Cornwall is pegmatitic and granitic intrusions into the surrounding country rock, which as a result of these intrusions, ore was deposited. The major intrusive events ceased during the early Permian, around 290 million years ago.  Hot fluids moved up from the intrusion, which then leeched and concentrated various metals into veins as it flowed.  These veins tend to follow normal faults, but like any ore geology, there are numerous exceptions.  The most likely origin of the faulting was the intrusion events themselves, which would have stressed and folded the rock as it occurred. Ore is both held in the veins as well as in the wall rock, and in some cases the wall rock is more richly mineralized then the vein itself.

The veins themselves tend to be both simple in structure as well as complex.  Both single infilling events area found in the lodes, as well as more complex structures that tend to show the results of multiple mineralizing events. The average strike of the veins is ENE-WSW, but it varies depending on the regional geology of the area.  The dip tends to be vertical of near vertical for most of the major veins, though several major deposits held a more horizontal dip.  Most of the ore deposits are recognized by classical gossan caps.  Extensive weathering had leeched the ore to create two zones of enrichment, an oxidized zone that existed above the water table, and a reducing zone, where reducing conditions precipitated the metals as sulfides.

Alluvial ore was also found in the streams and soils, and it was these simple ore deposits that were worked first by prehistoric miners.  These early deposits were worked by hand, and the removal of stream bed material and other near surface deposits have left a historical mark on the landscape of the Cornwall area. The early technique for concentrating the ore was known as tin streaming, which simply took advantage of the ore materials density to separate it from unwanted material.  For a long time, the simple alluvial deposits were satisfactory to provide enough ore to satisfy the early economies.  As time went on, placer tin became harder and harder to find, and after a while, it became economical to follow the tin into the lode deposits and thus deep into the earth, with an intermediate step of cutting deep trenches into the gravels in order to try and extract older deposits.  Some of these gravel cuts could be quite deep, and some of them still visible today, as this style of tin mining continued into the mid 1950s. 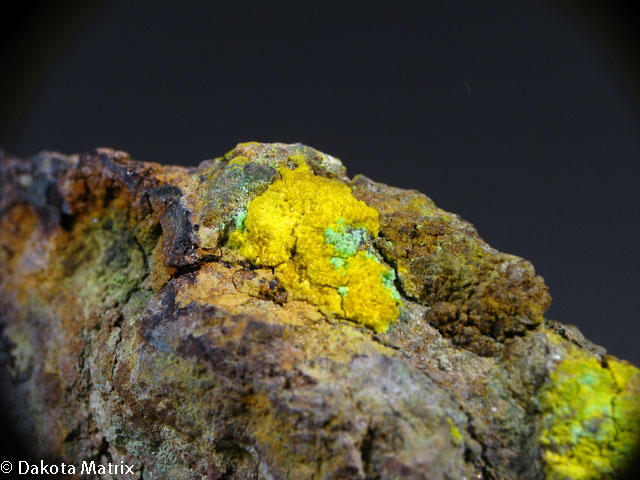 The primary ore material at Cornwall in the alluvial deposits was Cassiterite, as it was both chemically stable and durable enough to survive the extensive weathering that attacked the Cornwall lodes.  While tin was the first important ore to be mined at Cornwall, other metals were mined early on in its history, with lead and copper forcing to establish the first underground mines.  These two metals were joined by tin as the alluvial deposits began to run dry.  Silver was a byproduct of many mines, and a trace amount of gold was found in many mines, but was never a major product.  Other industrial minerals that have been mined at Cornwall include Uranium, Zinc, antimony and arsenic.   Kaolin, the only major mining product still mined at Cornwall  today, was deposited in massive amounts by the weathering of the felsic intrusions.

The mines at Cornwall were quickly sank to impressive depths, up to 100 meters.  This quickly led to issues with flooding, and the developments of primitive drainage systems soon dotted the landscape. Some drainage adits were so large that they forced some mines into bankruptcy.  A massive adit was finally constructed that help drain several mines at once, to try and limit the cost of pushing tunnels solely to drain the rising mine waters.  The system, known as the Great County Adit, when completed, held nearly 65 km of interconnecting drainage tunnels, and the water flow at the peak of mining was 45 million liters of water per day.  Even today, after decades of neglect, the system continues to function, though at a greatly reduced level. This system is one of the world’s largest underground tunnels, and was, and still is a wonder of engineering. 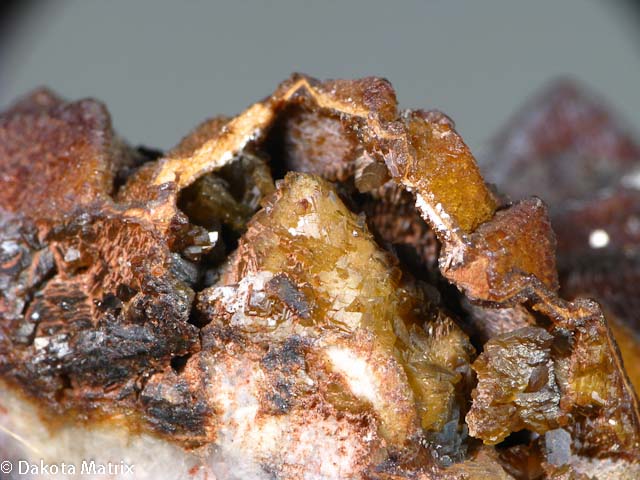 Some of the most interesting mines formed as miners chased their lodes, and soon found themselves absorbing the smaller mines, or even following the ore under the sea.  Some of the mines were so close to the sea floor that the miners were able to hear the waves breaking on the coastline. It was the near depletion of tin at Cornwall that ultimately led to the Black Hills tin investment scams, a small local legacy in South Dakota showing how extensive and important the ore deposits of South western England were at the time.

Some of the famous mines at Cornwall are the Fowey Consols mines, where a consol is a term used for a mine system that is made up of consolidated mines, under a single managing company. Consols were also known as setts. The Fowey mines were one of the largest, deepest and richest copper deposits in the Cornwall mining zone, and were made up of three smaller mines, plus small additional workings.  The three main mines that made up the Fowey system were the Wheal Treasure, the Wheal Fortune and Wheal Chance.  The term Wheal is an a old Celtic word for mine, but it was specific to certain mines.  Wheal, also spelt huel and whele, is a mine, but not all mines were called a wheal. Two other mines were later added to the group, the Polharmon and Lanescot mines. The Fowey Consol has two type locality minerals to its name, Langite and Rhabdophane-(Ce). 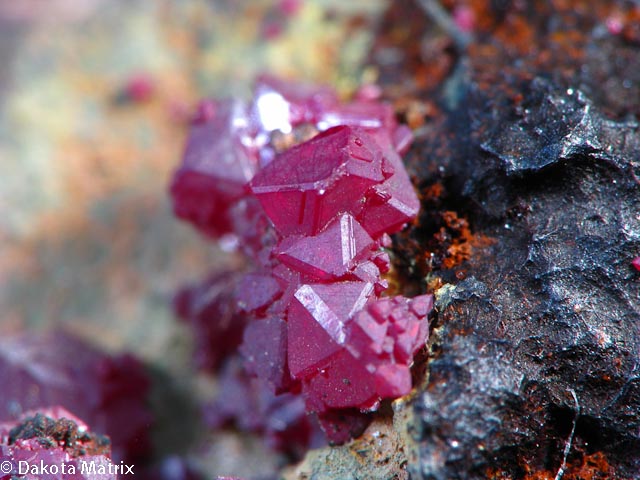 Another famous mine in Cornwall is Wheal Gorland, which is well-known for its many arsenates.  At one time, Wheal Gorland  had large ore dumps containing excellent specimens but was eventually processed for tin ore.  At times the ore from the Wheal Gorland was so rich that guards had to be posted on the ore carts, while at other times the mine barely survived or went into bankruptcy.   This up and down nature is common along many Cornwall mines, as they depended on finding other veins as they worked in order to continue expanding.

The Geevor mine was a deep underground tin mine that was one of the last Cornish mines to close in the late 1980s. It pulled around 50,000 tons of cassiterite concentrate during its heyday. The mine is notable for employing Richard Barstow, who was a Cornwall collector and dealer.  He is responsible for restarting interest in the Cornwall minerals, and he donated most of his extensive collection to museums upon his early death of cancer at the age of 35. Barstow labels can be broken into two different groups, white labels and green labels.  White labels are specimens that are part of Barstow's personal collection, while green labels are labels included in his specimens that he sold to collectors.  Don Phillips personally visited the Cornwall deposits and many of his specimens have Barstow labels.

Although mining has stopped at Cornwall for now, the great ore deposits that make this area famous for both its richness and diversity of mineral specimens still exist, and the possibility of mines reopening always exists. Large open pit kaolin mines still operate at Cornwall, showing that even in this day where mining if frowned upon in the first world, people will always   Several attempts were made to reopen the South Crofty mine, and as of this time, mining is expected restart in late 2014, jumpstarting the stagnated mining industry of the Cornwall area.  Mines are never found, they must be made, and the labor of mankind to make it its mark is a symbol of our species. 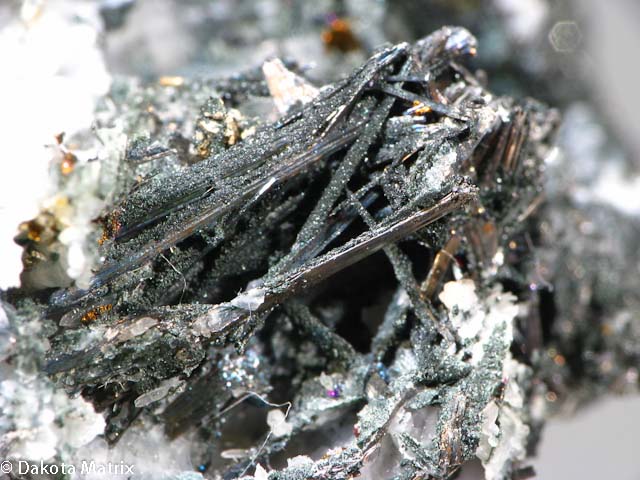 Bismuthinite from the Cornwall area

Mineral Specimens from Cornwall, England are offered in our Special Edition Galleries.